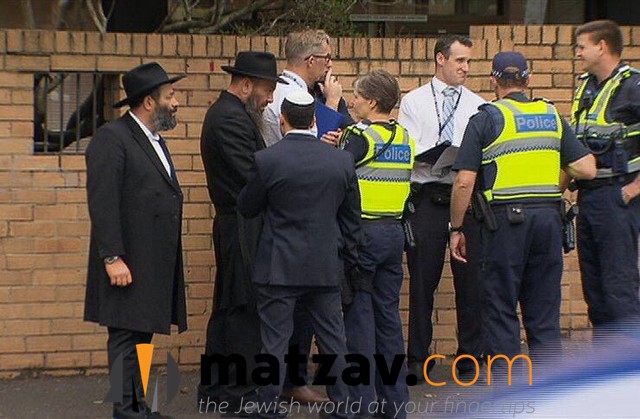 Last night, Matzav.com reported on a stabbing at a shul in St Kilda East in Melbourne, Australia.

The incident took place around noontime, after davening, at the Yeshivah Centre shul on Hotham Street, which went into lockdown for about an hour.

It turns out that the dispute was – get this – over herring at the shul Kiddush.

Apparently, one man had asked another to pass some herring, and when the second man refused, the first one picked up a knife and stabbed him.

The victim, who is in his 20s, suffered abdominal injuries. He was taken to The Alfred hospital, where he was in serious but stable condition.