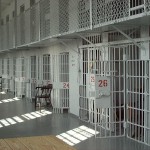 Armed men dressed as Mexican federal police officers entered a heavily guarded prison in the northern state of Zacatecas early Saturday morning and freed more than 50 inmates, many of whom were believed to be drug traffickers allied with the powerful Gulf Cartel, the authorities said. The men arrived in a caravan of 15 vehicles with police markings as well as in a helicopter, according to news reports. To gain entry, the gunmen claimed that they were carrying out an authorized prisoner transfer.

After subduing the guards, they left with 53 of the prison’s 1,500 inmates, in an operation that lasted only minutes, officials said.

The huge jailbreak, which took place about 5 a.m., was an embarrassment to the government of President Felipe Calderón, who has touted the arrests of thousands of drug traffickers over the last two years as evidence that organized crime groups were on the defensive.

The team of criminals who gained entry to the prison in Cieneguillas showed how vulnerable Mexican institutions remain.

After they got away, police officers and soldiers swarmed the state, closing many roads as they searched for the fugitives, El Sol de Zacatecas, a local newspaper, reported.

Gov. Amalia García Medina of Zacatecas told reporters that there were indications that prison guards and their supervisors, who were being held for investigation, might have been complicit in the jailbreak.

It would not have been the first time. One of Mexico’s top drug lords, Joaquín Guzmán, known as El Chapo, escaped from a maximum security prison in 2001 in a getaway that investigations found was possible only with the aid of dozens of prison guards. Mr. Guzmán, who was named this year to the Forbes list of the world’s billionaires, hid in a laundry cart.

Mexican authorities are well aware of the vulnerability of their prisons. Mr. Calderón has dramatically increased the number of top drug traffickers extradited to the United States in recent years, to reduce the likelihood that they will continue to run their operations from behind bars or, worse still, find a way out.