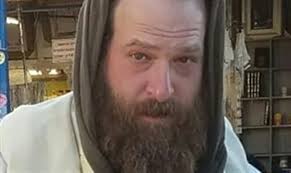 Police are continuing their search for Moshe Ilovitz, a 37-year-old resident of Mevo Modi’im, after he disappeared in Meron nearly two weeks ago.

Moshe was last seen on Friday night the Shabbos before Lag BaOmer in Meron near the kever of Rabi Shimon bar Yochai and hasn’t been seen since.

According to the police report, he was about 5″11, with brown hair, brown eyes and a long beard. The last time he was seen, he wore a buttoned white shirt, blue jeans, brown shoes.

On Monday, dozens of volunteers, together with students from the pre-military academy of Keshet Yehuda from the Golan Heights, raided the forests, paths and riverbeds in the mountains of Meron and the surrounding area.

To add to the crisis, Moshe’s wife and four children have been left homeless ever since the fire that raged through Mevo Modi’im destroyed their home.

Anyone who knows anything about his whereabouts is asked to contact the Israel Police’s Hotline 100.

Everyone is asked to daven for Moshe Eliezer ben Pearl Malka Henny.