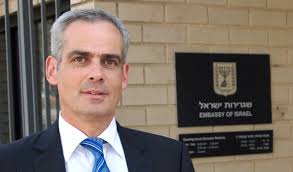 The commercial ties between Mexico and Israel will be expanded, aiming at tripling current trade figures, according to Israel’s ambassador in Mexico, Jonathan Peled. In 2015, two-way trade between both nations amounted to $700 million, a 300 percent increase since a trade agreement was signed in 2000.