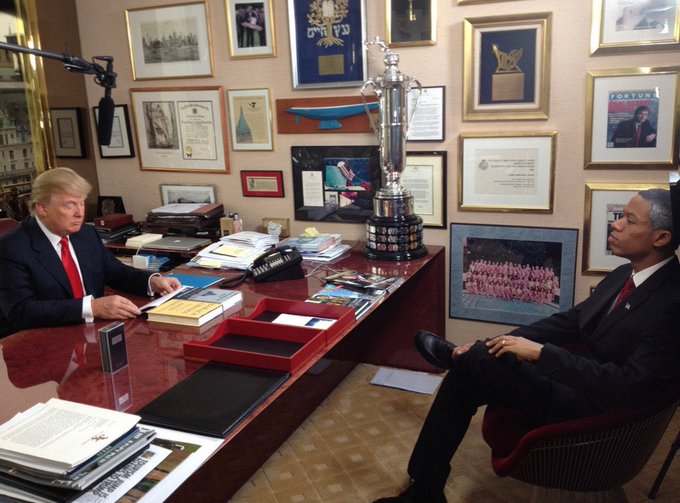 Before Donald Trump ever sought the Oval Office, he was preoccupied by its occupant President Barack Obama, publicly questioning his birthplace and privately describing him as “a Manchurian candidate” who obtained his Ivy League degrees only by way of affirmative action, according to a new book by Trump’s former attorney, Michael Cohen.

Trump’s disdain for Obama was so extreme that he took his fixation a step further, according to Cohen: Trump hired a “Faux-Bama” to participate in a video in which Trump “ritualistically belittled the first black president and then fired him.”

Cohen’s book, “Disloyal: A Memoir,” doesn’t name the man who was allegedly hired to play Obama or provide a specific date for the incident, but it does include a photograph of Trump sitting behind a desk, facing a Black man wearing a suit with an American flag pin affixed to the lapel. On Trump’s desk are two books, one displaying Obama’s name in large letters.