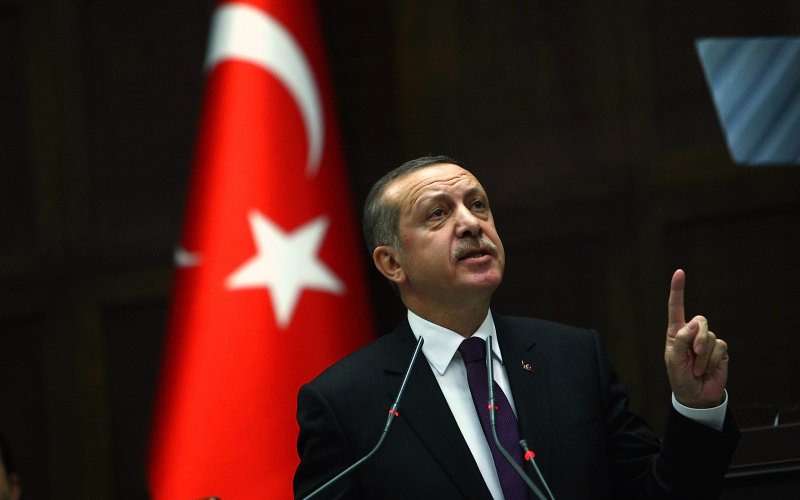 Turkey’s military launched a coup Friday against the elected government of President Recep Tayyip Erdogan, Turkish officials and the country’s armed forces said, in a stunning move that will likely plunge the country into further turmoil and reverberate across an already bloodstained and chaotic region.

“The Turkish Armed Forces, in accordance with the constitution, have seized management of the country to reinstate democracy, human rights, and freedom, and to ensure public order, which has deteriorated,” the General Staff of the Armed Forces said in a statement Friday.

Armored vehicles and military personnel were deployed across key areas of the capital, Ankara, and the largest city, Istanbul. The military declared martial law and imposed a curfew, according to a statement carried by state-run broadcaster TRT.

Helicopters and fighter jets flew low over both cities Friday night as the embattled government struggled to maintain control. A senior government official said Erdogan was “in a secure location” and that a statement would “be made shortly.”

“This is an attack against Turkish democracy. A group within the armed forces has made an attempt to overthrow the democratically elected government outside the chain of command,” a senior Turkish official said.

The official Anadolu Agency reported late Friday that Gen. Hulusi Akar, the chief of the general staff, had been taken hostage in Ankara. That report could not be confirmed. The location of Erdogan was also unclear Friday night.

“Turkey’s democratically elected president and government are in power,” the senior official said. “We will not tolerate attempts to undermine our democracy.”

The statements from the armed forces were not “authorized by the military command,” the official said, suggesting that rogue officers within the military had staged the putsch.

Binali Yildirim, who leads Turkey’s ruling Justice and Development Party (AKP), said Friday that those behind the attempted coup “will pay a heavy price.”

“We will never let this go,” he said. “We will take all measures necessary, even if it means death.”

Turkey is a member of the U.S.-led coalition fighting the Islamic State, also known as ISIS, which has lost much of its territory in Iraq and Syria but needs Syria’s border with Turkey to funnel weapons and fighters. Turkey also allows U.S. aircraft to use Incirlik Air Base to fly bombing raids on the jihadists in Syria.

In Moscow, U.S. Secretary of State John Kerry said that he and Russian Foreign Minister Sergei Lavrov had been engaged in discussions all day and did not hear about “what may or may not be happening” in Turkey.

“We’ve heard the reports that others have heard. I don’t have any details at this time. But I hope there will be stability, peace and continuity in Turkey.”