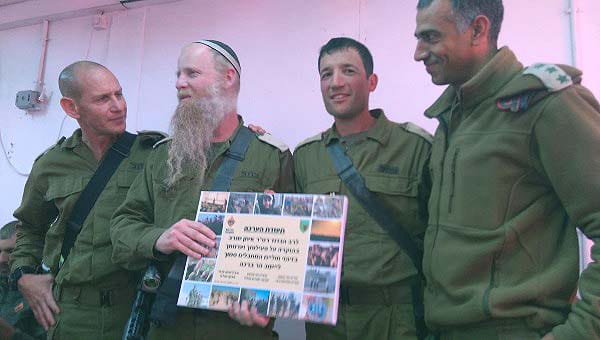 Military Rabbi Eitan Shenrav received a certificate of appreciation for his heroic work that helped stop a potential terror attack.
Rabbi Shenrav was checking his unit’s Eruv near the settlement of Har Bracha when he noticed a few suspicious individuals loitering about.
The Rabbi notified authoriteis who confronted the hoodlums, who turned out to be carrying multiple weapons. The police arrested the potential terrorists and thanked Rabbi Shenrav for his part in foiling a terrorist attack.
{Matzav.com}