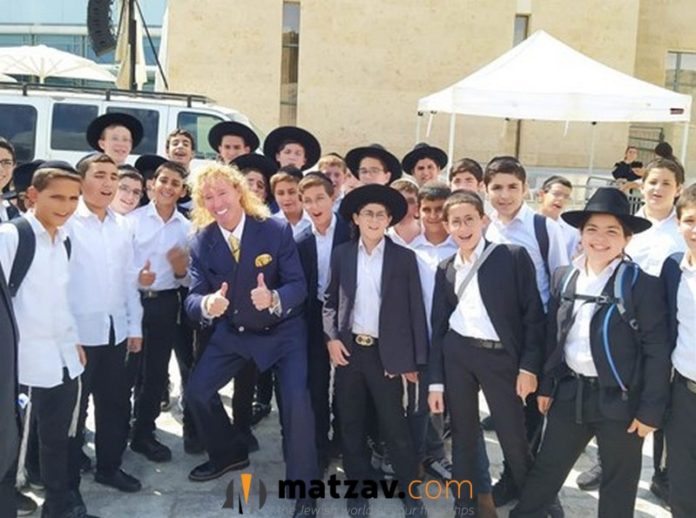 Leonardo Julio Farkas Klein, Chilean businessman and philanthropist, was at the Kosel last night and he made some youngsters very happy.

5th graders from Talmud Torah Chorev in Ra’anana were at the Kosel to daven before the Yomim Noraim when they met the colorful millionaire known for his antics. Farkas began giving out hundred dollar bills, one to each boy.

Before he did so, though, he approached the boys’ menahel, Rabbi Yisroel Danziger, and asked if he could give them each a gift. Rabbi Danziger answered, “Sure,” not knowing what the gift would be.

Before he knew it, Farkas had pulled out a wad of hundred dollar bills and began giving them out to the wide-eyed and excited boys, who thanked their benefactor and then posed for a picture with him.