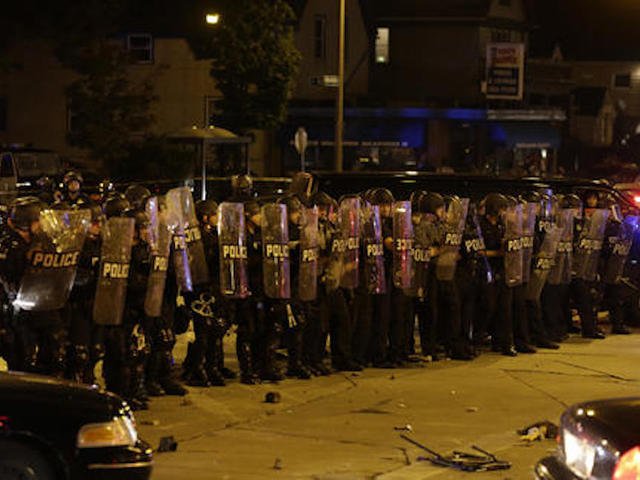 After a second night of violent protests in Milwaukee, the mayor announced a 10 p.m. curfew for teenagers beginning today.

Fourteen people were arrested on Sunday, police said, adding that four officers and four sheriff’s deputies were injured by protesters. An 18-year-old male who was shot was rescued by police and transported to a hospital.

More unrest is expected following the Saturday shooting by police of Sylville K. Smith, a gun-toting thug who tried to escape a traffic stop. Read more at WISN-TV.