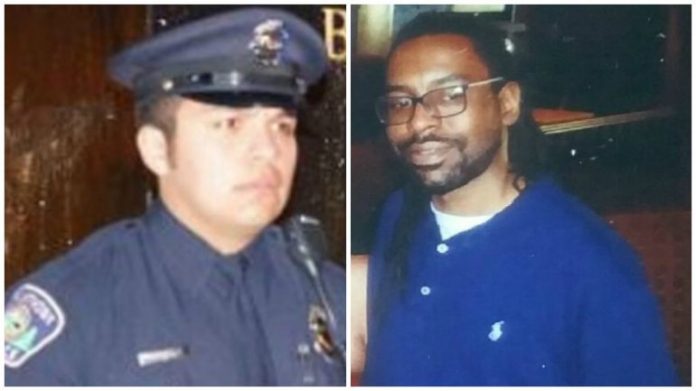 The Minnesota police officer who fatally shot Philando Castile during a traffic stop was acquitted on all charges by a jury Friday, a decision that came nearly a year after the encounter was partially streamed online to a rapt nation in the midst of a painful reckoning over shootings by law enforcement.

Officer Jeronimo Yanez pulled Castile’s car over in Falcon Heights, a suburb between Minneapolis and St. Paul, and the officer later said he thought Castile matched the description of a suspect in a robbery. The stop quickly escalated.

Yanez fired into the car, saying later he thought Castile was going for his gun, a claim Castile’s girlfriend, sitting in the seat next to him, disputed. She began streaming the aftermath of the shooting on Facebook Live.

Police officers are seldom charged for fatal on-duty shootings, and convictions are even less common. Castile’s death came at a time of intense scrutiny of fatal police-involved shootings, and the viral video of his final moments spurred heated demonstrations that continued for weeks.

Outside the court, where a small group of protesters gathered Friday afternoon, Castile’s relatives denounced the jury’s decision. Castile’s mother called his death a murder and tied the verdict to what she described as systemic racism in Minnesota.

“The system continues to fail black people, and it will continue to fail you all,” Valerie Castile said, her anger building. “My son loved this city, and this city killed my son. And the murderer gets away. Are you kidding me right now?”

Later in the evening, hundreds of people gathered on the steps of the state capitol in St. Paul to protest the verdict.

Prosecutors charged Yanez with second-degree manslaughter in November, a felony, saying that “no reasonable officer” would have used deadly force in the same situation. He also was charged with two felony counts for intentionally discharging the gun. Jurors began deliberating Monday, and the verdict was announced Friday afternoon.

Gov. Mark Dayton (D) said the state continues to grieve with Castile’s family, calling his death “a terrible tragedy, with devastating consequences for everyone involved.”

Officials in St. Anthony, Minn., where Yanez worked as a police officer, said he will not return to the police department from leave after the trial. They said they have decided “the public will be best served if Officer Yanez is no longer a police officer in our city.”

“The city intends to offer Officer Yanez a voluntary separation agreement to help him transition to another career other than being a St. Anthony officer,” the city said in a statement. “The terms of this agreement will be negotiated in the near future, so details are not available at this time. In the meantime, Officer Yanez will not return to active duty.”

Earl Gray, an attorney for Yanez, praised the jury’s decision.

“The verdict was a correct verdict,” Gray told reporters. “In my opinion, the case should’ve never been charged.”

During the trial, jurors heard testimony from dozens of witnesses, including Yanez, who cried on the stand while saying he did not want to shoot Castile. Yanez testified that he thought his life was in danger, and attorneys for Yanez have argued that Castile caused his own death because of his actions during the traffic stop.

Castile was one of 963 people whom police officers fatally shot last year, according to a Washington Post database tracking such shootings. The fatal encounter in Minnesota was among the most high-profile last year because Diamond Reynolds, Castile’s girlfriend, broadcast the moments after Castile’s shooting online, graphic footage that quickly circulated and drew international attention to the Twin Cities suburbs.

The shooting on July 6, 2016, became part of an ongoing debate about how law enforcement officers use deadly force, particularly toward black men and boys, and it occurred during a particularly frenzied period that also saw a controversial police shooting in Baton Rouge and an ambush that killed five police officers in Dallas.

In Minnesota, Reynolds calmly documented what happened after Yanez shot Castile, 32, a popular cafeteria worker at a local school. She explained into her phone that Castile was licensed to carry a firearm and that he had told the officer that before reaching for his wallet.

According to a complaint filed in Minnesota state court, police car audio and video recordings show that the gunfire erupted just a minute after Castile stopped his car.

Yanez approached the car window and asked Castile for his license and proof of insurance, which the driver handed over, the complaint states. Castile also told Yanez he had a firearm on him, and seconds later, the officer told the driver not to pull out the gun. Castile said he was not taking out the gun, which Reynolds echoed. Yanez screamed, “Don’t pull it out” and pulled his own gun, firing seven shots at Castile, the complaint states.

The complaint then shifts to quoting from Reynolds’s Facebook video, saying that the footage “begins immediately after the shooting and while Yanez had his gun drawn and pointed toward the mortally wounded Castile.” Reynolds says in the footage that Castile was trying to get his ID out before the officer opened fire.

“Stay with me,” she said. “They just killed my boyfriend.”

When Yanez spoke to state investigators a day after the shooting, he told them he was “in fear for my life and my partner’s life.” Yanez told them that he thought Castile was reaching for the gun.

“I thought I was gonna die,” he told investigators, according to the complaint.

Yanez and his partner, Officer Joseph Kauser, worked for the police force in St. Anthony. They were both considered model students before receiving their degrees in law enforcement in 2010. Both officers were put on leave after the shooting. Authorities did not charge Kauser, saying that he did not touch or remove his gun during the shooting.

During the trial, Kauser defended Yanez, his former partner.

“I think he followed protocol,” testified Kauser, who has since switched departments, according to the Minneapolis Star-Tribune. “I trust him as a partner, and he did what he’s supposed to do in that situation.”

Prosecutors also charged Yanez with endangering the lives of Reynolds and her 4-year-old daughter, who was also riding in the car that night. On Friday, Reynolds said she was “incredibly disappointed” with the verdict, saying that Castile cooperated and was stopped only because “he had a wide nose and looked like a suspect” to Yanez.

“It is a sad state of affairs when this type of criminal conduct is condoned simply because Yanez is a policeman,” she said in a statement released by her attorneys. “God help America.”

Jason Sole, president of the Minneapolis NAACP, called the outcome “more of the same.”

“How are you going to kill this guy and still say we have a fair system? How? Man, this behavior has got to stop, and they can’t stop, so they are going to continue to kill us,” Sole said outside the courthouse. “We haven’t progressed. . . . If you can kill me, with a baby in the back seat of a car, and get away with it, not guilty of any wrongdoing? I can’t honor that system, and I won’t.”

John Choi, the Ramsey County attorney who brought the charges last year, said he is disappointed with the outcome, but he called on people who protest to do so peacefully.

“I can’t even imagine what this must feel like for the family of Philando Castile, his friends and all those that loved him,” Choi said. “And also for Diamond Reynolds. I’m just really sad for them.”

When he announced the charges last year, Choi said that “no reasonable officer . . . would have used deadly force under these circumstances.”

Speaking on Friday after the verdict, Choi said he believes Yanez is a good person who made a mistake. But he said that nothing Castile did justified his death.

“The toughest part for me . . . is that he was so respectful in how he disclosed that he had that firearm,” Choi said. “He said, ‘Sir, I have to tell you, I do have a firearm on me.’ He went beyond what the law requires. He was compliant. He wasn’t resisting.”

According to the complaint, one of Yanez’s bullets went through the driver’s seat and hit the back seat. Reynolds’s daughter was sitting in a car seat on the other side of the car. Another bullet hit the armrest between Castile and Reynolds.

Yanez pulled Castile over after seeing him driving and saying he looked like a suspect in a convenience store robbery from a few days earlier. Authorities later said Castile was not a suspect in that robbery.

Castile was killed during an intense three-day eruption of violence last summer. A day earlier, an officer in Baton Rouge shot and killed Alton Sterling, another encounter captured on a video that went viral. Castile’s death, like Sterling’s, set off protests across the country.

At one of these protests taking place a day after Castile was shot, a lone attacker in Dallas opened fire on police officers, killing five and wounding several others in the deadliest single day for law enforcement since the Sept. 11, 2001, attacks. The attacker in Dallas told police he was angered by the shootings of Castile and Sterling, authorities said.

Yanez was the first officer in Minnesota charged for an on-duty shooting since at least 2005, according to Philip M. Stinson, a criminologist at Bowling Green State University in Ohio, who studies arrests of officers and has kept data since that year. The Star Tribune newspaper reported that Yanez is believed to be the first officer charged with killing a civilian in the state’s modern history.

After the Castile verdict came out, Stinson said that of the 82 nonfederal law enforcement officers charged with murder or manslaughter for a fatal on-duty shooting, about a third – 29 officers – were convicted of a crime.

Earlier this week, one of those cases – the trial of former Milwaukee police officer charged with homicide for a fatal shooting last year that set off violent unrest there – began unfolding in court.

Convictions in such cases are even rarer than prosecutions. In Baltimore, six police officers were charged in the 2015 death of Freddie Gray, but after three officers were found not guilty in separate trials, prosecutors last summer dropped charges against the remaining officers still facing trial.

Mistrials were declared last year in two other trials centered on high-profile police shootings that, like Castile’s death, followed traffic stops and included recordings that were widely shared.

In South Carolina, jurors deadlocked in the case of Michael Slager, a former police officer who fatally shot Walter Scott, a fleeing driver in North Charleston. State prosecutors had vowed to try him again, but Slager pleaded guilty to a federal civil rights charge this year, resolving both cases.

Jurors in Ohio also deadlocked during the first prosecution of Raymond Tensing, a former University of Cincinnati officer who shot Samuel DuBose during an off-campus stop. Prosecutors sought another trial, which began earlier this month.