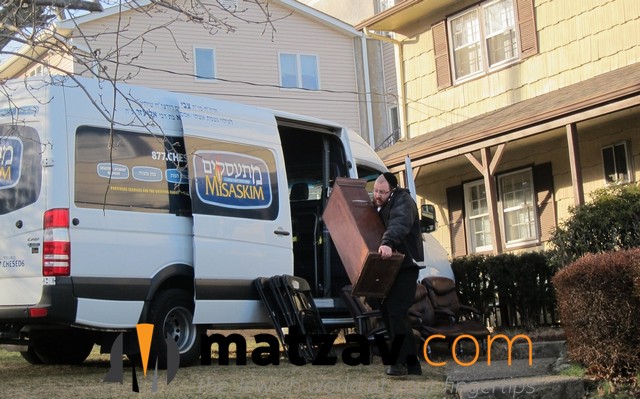 A young neshoma has been lost.

It started out as a fun summer day, when 750 children from numerous Boro Park day camps drove out to Sahara Sam’s Water-Park. Down the slides, riding the waves, campers ran around happily under the sun. As the children were getting ready to leave, one camper was getting dressed and noticed a kid at the bottom of the pool.

Horrified, shocked, lost. What happens next?

Within a few moments, Misaskim stepped in. A volunteer from Misaskim Baltimore was dispatched to the Hospital in Vorhees, NJ. He established contact with the staff at the water-park and simultaneously arranged for a minyan from the Cherry Hill community to join the victim’s bedside and say Shema Yisroel for him.

While all this was happening, the 749 other campers weren’t allowed to leave the premises, pending investigation. A Misaskim truck from Lakewood was dispatched, loaded with water, danishes and snacks. In addition, R’ Yossi and R’ Mendy Carlebach, chaplains for various NJ police departments, were sent by Misaskim to serve as a liaison between the investigators and the children – to allow them to be able to leave.

Meanwhile in Boro Park, Misaskim went to notify the parents and siblings, informing them of this great tragedy. Chai Lifeline Crisis Intervention Team was called in to help them deal with the shock. The Philadelphia Volunteers worked to get the body released from the medical examiner ensuring the proper kavod hames. Yet the police investigators would only agree, on the condition that the parents come down to the hospital. Misaskim Volunteers made the trip with the parents, 2 hours to Philadelphia and 2 hours back- in the wee hours of the morning.

Back in Boro Park, a group of Misaskim volunteers went down to the shivah house. The family’s existing air conditioners weren’t working well enough to be able to cool down the house when so many visitors were expected. New air conditioners, donated by Plug-ins from Boro Park, were installed, Community Board 12 was contacted by Misaskim to remove all the garbage from the front yard and surrounding houses while the kitchen got stocked with basic food, drinks and paper goods. Boxes of toys were delivered to the house to entertain the young siblings of the victim, while Misaskim arranged for members from the Belze Kehillah in Tom’s River to stay shmirah overnight. At the moment, Misaskim is setting up sound systems and water stations for the levaya that is expected to draw the masses.

An operation spanning 3 states, Misaskim stepped in, when no one else knew what to do first.