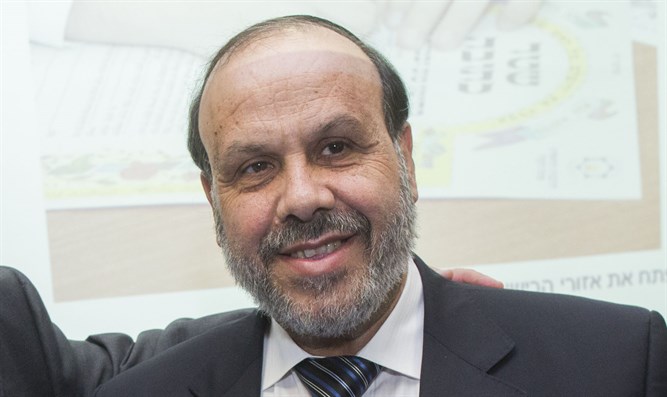 Israeli Minister of Religious Services David Azoulay passed away today at the age of 64. Azoulay, who served as a member of the Knesset from 1996 to March this year, battled cancer recently.

From 1978 to 1993, he was a member of Acre’s local council and served in the municipality’s committees. In 1993, he was elected to Nahal Iron Regional Council, serving as deputy mayor of the council and later as its mayor.[1] He resigned following his election to the Knesset in 1996. He served as Chairman of the Internal Affairs and Environment Committee (2000–2001) and as Deputy Minister of Internal Affairs (2001–2003). In the latter post, he was assigned to head a commission regarding the status of the Falasha.

Following the 2015 elections, he was appointed Minister of Religious Services in the new government. He gave up his Knesset seat in March 2018 under the Norwegian Law due to illness and was replaced by his son Yinon.[2][3]

Azoulay dealt with a long-term battle with cancer. The illness also forced him to resign from the Knesset early this year. His son Yinon, who succeeded him in Knesset, is among those rumored to be candidates to take Azoulay ‘s place as Israeli Religious Affairs Minister.

The levaya will take place at 11 p.m. in the Sanhedria cemetery in Yerushalayim.