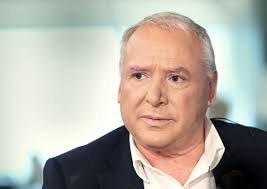 Addressing a demonstration outside the Prime Minister’s Residence in Yerushalayim, during which some 50 protesters were arrested following clashes with police, Knesset Minister David Amsalem told the Knesset plenum on Wednesday, “I believe that last night we witnessed one of the most shameful and degrading sights in the history of Israeli democracy in the State of Israel. We saw last night the images from Jerusalem. We saw barricades flying at police officers, eggs thrown at security forces, rioting, severe physical violence as well as verbal violence – some of the most severe we have ever seen in these parts.”

He said hundreds of protesters did not wear masks or adhere to the social distancing regulations, adding that “what the anarchist left is doing over the past few days is not an expression of distress due to the corona (pandemic); it is not the distress of businesses that are in (financial difficulty). What we saw (last night) and have seen in the past few days is criminality and violence with the sole purpose of overthrowing a prime minister in the State of Israel in any way, just not in the democratic way.”

“This violence stems from the fact that the left has been unable to replace in the election campaigns the right-wing government in the State of Israel, and therefore it is redirecting its frustration to most violent channels,” Minister Amsalem stated.