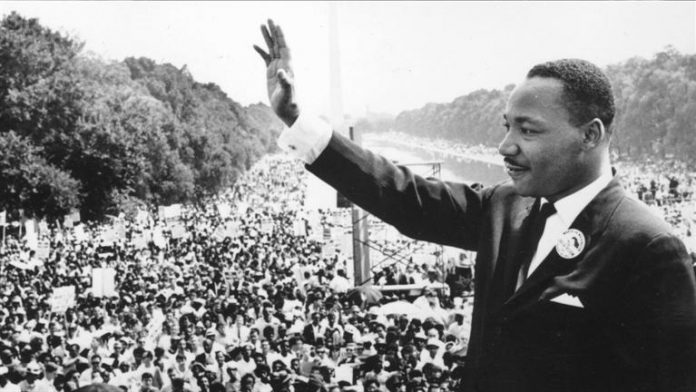 Speaking at the Ebenezer Baptist Church in Atlanta on Monday, the holiday honoring her father, she urged those in attendance “not to be afraid of who sits in the White House.” “God can triumph over Trump,” she said in comments carried by Reuters.

She went on to offer praise to Rep. John Lewis, a legend of the civil-rights movement who was hit with harsh criticism by Trump after announcing plans to boycott his inauguration. In what appeared to be a subtle comeback to Trump’s claims Lewis was doing a bad job, with his district supposedly in “horrible shape” and “falling apart,” King expressed pride in the Georgia Democrat’s work. “Many of you here are proud residents of the 5th Congressional District and we are proud of the progress we have made here and in this city,” she said. Read more at THE HILL.