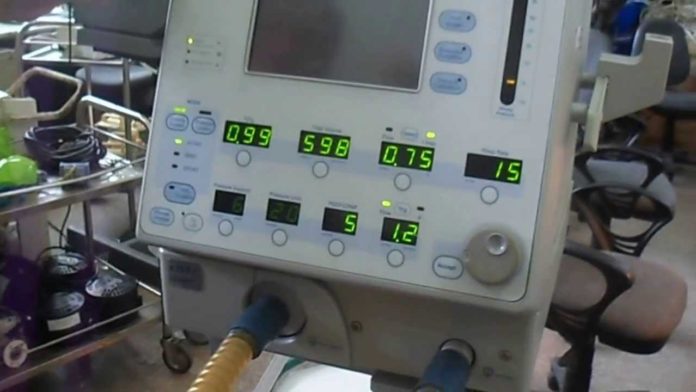 An increasing number of U.S. covid-19 patients are surviving after they are placed on mechanical ventilators, a last-resort measure that was perceived as a signal of impending death during the terrifying early days of the pandemic.

Early reports out of Wuhan, China, and Italy cemented the impression that the vast majority of patients who required the breathing devices ultimately succumbed to the disease caused by the novel coronavirus.

But as the pandemic has continued, U.S. hospitals are reporting much lower mortality rates, results on par with death rates for patients with similar severe lung problems caused by other diseases.

Experts say that’s because clinicians have become more skilled and are deploying new tactics as they learn more about the course of covid-19; some are using ventilators more selectively; many hospitals are less overwhelmed than when the virus first inundated Wuhan, parts of Italy and New York City; and early data on ventilation and death did not present a true picture.

“Being on a ventilator right now in our hands is no different than it would be any day of the year,” said Greg Martin, a professor of medicine at Emory University School of Medicine and president-elect of the Society of Critical Care Medicine.

In a May 26 study in the journal Critical Care Medicine, Martin and a group of colleagues found that 35.7 percent of covid-19 patients who required ventilators died – a significant percentage but much lower than early reports that put the figure in the upper 80 percent range.

Use of drugs such as remdesivir, which shortens the recovery time for some of the sickest patients, and the steroid dexamethasone have helped as well.

“We’ve learned a lot about covid since the beginning of the year,” said Russell G. Buhr, a pulmonary and critical care physician at Ronald Reagan UCLA Medical Center. “That means we have a significantly better understanding of how to diagnose, recognize and manage this.”

Buhr’s hospital is still putting together data, but he said the mortality rate for ventilated patients is in the 30 percent to 50 percent range. That is about the same as the rate for people who develop acute respiratory distress syndrome, the dangerous buildup of fluid in the tiny air sacs of the lungs caused by diseases such as pneumonia, or injuries such as those suffered in car accidents.

Before the pandemic, about 200,000 people developed acute respiratory distress each year and about 60 percent survived.

Roughly 20 percent of symptomatic covid-19 patients require hospitalization and about 5 percent end up in the ICU. Most of those in intensive care require ventilators. The devices essentially breathe for the patient, who is sedated with a long plastic tube placed down the throat and into the windpipe.

Severely ill covid-19 patients tend to linger on ventilators longer than other intubated patients, some for weeks. The tube inflames tissue, which can interfere with breathing, so later in the course of convalescence it may be removed and replaced by a smaller tube inserted through an incision in the windpipe.

While there is widespread agreement that ventilators have saved many lives during the pandemic, clinicians debate whether doctors turned to ventilators too often and too soon, especially at the beginning of the pandemic.

“This is a brand new disease we’d never seen before,” said Leora Horwitz, an associate professor of population health and medicine at NYU Langone Health. “We’re generally learning to recognize who needs to be intubated and who doesn’t. We’re avoiding intubation where we can. We’re learning proning,” the technique of placing patients on their stomachs to help them breathe. “We’re learning about blood clots.”

At the NYU hospital, 60 percent of patients placed on ventilators between March 1 and May 5 died, according to a paper Horwitz and others published in the BMJ medical journal.

“It’s never going to be 10 to 20 percent. Let’s not kid ourselves,” Horwitz said. “The people who are sick enough to be put on a ventilators, they’re really sick.”

Managing a patient on a ventilator is a time-consuming, delicate task that requires caregivers to monitor and adjust the amount of oxygen a patient is receiving, the pressure in his or her lungs and the time between breaths, among other factors. Buhr said he can spend 30 to 45 minutes perfecting the ventilator settings for a single patient.

When hospitals in China, Italy and New York City were swamped with patients early in the pandemic, that simply wasn’t possible. Some patients were intubated in the emergency room instead of the ICU, where nurses can pay closer attention. Some New York hospitals were using older or backup equipment designed for anesthesia. Others relied on staff who were less familiar with the devices or who came from other places.

Italy has fewer ICU beds per capita than the United States and a large elderly population.

Martin, of Emory, said there is no doubt all those factors boosted mortality rates, especially because hospitals saw older and more vulnerable patients when the pandemic first hit their countries. In addition to age, underlying conditions such as heart disease and diabetes sharply increase the odds of dying of covid-19.

“The number of cases in New York exceeded the capacity for normal, conventional care,” Martin said.

The Centers for Disease Control and Prevention said it has no data on the number of covid-19 patients who have required ventilators, or the proportion who survive. But health-care personnel have been listing outcomes on national and international registries, including one maintained by the International Severe Acute Respiratory and Emerging Infection Consortium (ISARIC).

When a team of researchers led by Annemarie Docherty, academic critical care consultant at the University of Edinburgh, looked at more than 20,000 United Kingdom patients on the ISARIC registry, they found 1,658 who required ventilators. Of those, 17 percent were discharged alive, 37 percent died and 46 percent were still in the hospital as of May 3.

In contrast, early studies that showed higher mortality rates may have presented a skewed view of the data. An early report in the Lancet Respiratory Medicine out of Wuhan put the fatality rate at 86 percent, but it included only 22 ventilated patients.

And when Northwell Health, one of the two largest medical systems in New York, first reported the results of a review of its patients in April, it put the death rate for those who needed ventilators at 88 percent. The study received widespread coverage in the U.S. media.

But several days later, when researchers corrected their work to account for the large number of patients on ventilators who were still in hospitals, they reduced the mortality rate to 25 percent.