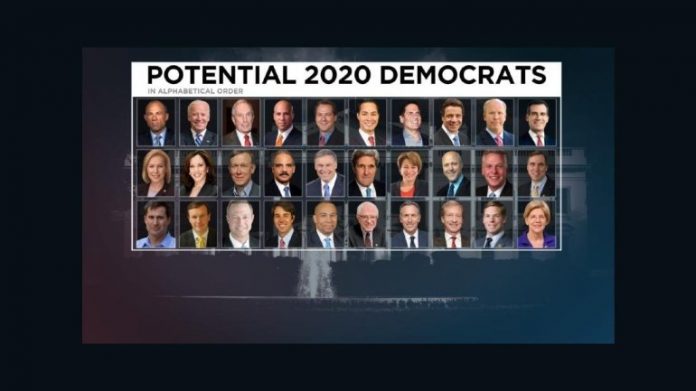 At least five more Democrats are considering jumping into the 2020 presidential race — and that’s not even counting Joe Biden.

The former vice president is the most prominent name among the undeclared Democrats interested in challenging President Donald Trump next year and joining a historically large primary field.

The list of lesser-known potential candidates who have tested the waters in early primary states includes Montana Gov. Steve Bullock, as well as those who say they’re inclined to run, including Colorado Sen. Michael Bennet. Rep. Tim Ryan of Ohio entered the race Thursday.

These would-be candidates aren’t daunted by Biden or by the big names among the 15 declared Democratic contenders already. While some potential entrants may be waiting to see whether Biden jumps in, others won’t be dissuaded because someone wouldn’t need to win a big percentage of the vote in early balloting to break out, said strategist Joe Trippi, a veteran of Democratic presidential campaigns.

“They look at it and feel like there’s a real chance,” Trippi said. “The bar is much lower the bigger the field gets.”

Biden hasn’t given any indication he’ll pull back from launching a campaign this month, despite several women coming forward in recent days to say he made them uncomfortable with unwanted physical contact. He released a video on Wednesday offering no apologies but promising to change his ways.

David Karol, an assistant professor at the University of Maryland who studies political parties, said more candidates are running because there’s no obvious establishment contender favored to win. In addition, the president seems more beatable at this point than most incumbents, and Trump’s unexpected success in 2016 from a field of 16 other Republicans “makes people believe that anything can happen.”

Bennet, 54, announced on Wednesday night that he had been diagnosed with prostate cancer and would soon undergo surgery. He added in a statement that he’d “return to work following a brief recovery.”

As for his future plans, he said in the statement: “This unanticipated hurdle only reinforces how strongly I feel about contributing to the larger conversation about the future of our country, and I am even more committed to drive that conversation in a positive direction.”

Bennet, a former managing director of Denver’s Anschutz Investment Co., drew national attention with an impassioned floor speech in January criticizing Republican Sen. Ted Cruz of Texas during the partial federal government shutdown. But he has a penchant for bipartisanship and independent thinking.

Bullock, 52, is on track to get into the race after his state legislature’s session ends on May 1, according to a person familiar with his plans. He’s made multiple trips to Iowa and New Hampshire and is in the process of building up his team.

A two-term governor who is the current chairman of the National Governors Association, Bullock would likely run a more centrist campaign than the progressive candidates already in the field, such as Vermont Senator Bernie Sanders and Massachusetts Senator Elizabeth Warren.

Terry McAuliffe, the former Virginia governor, chairman of the Democratic National Committee and a millionaire entrepreneur, is “seriously considering” a run in 2020, spokeswoman Crystal Carson said.McAuliffe, 62, has said that he would run an “optimistic” and “realistic” campaign. He’s criticized other Democratic candidates for their “dishonest populism” — making promises, such as universal free college and a jobs guarantee, that they’ll never be able to keep.

Four-term California Democratic Rep. Eric Swalwell, 38, told CNN on March 3 he was “getting pretty close” to running. An announcement could come this month.

A former prosecutor and an active commentator on the investigation of Russian interference in the 2016 election, he would be the second-youngest candidate behind South Bend Mayor Pete Buttigieg, 37.

Massachusetts Rep. Seth Moulton, 40, a former U.S. Marine who led an unsuccessful attempt last year to block Nancy Pelosi’s election as House speaker, has been traveling to early-voting states. Moulton said on CNN Sunday that he and his wife are discussing a run and “we’re going to decide in the next few weeks.”

Other Democrats who have taken tentative steps to test whether they could mount a campaign include New York City Mayor Bill de Blasio, who has said he hasn’t ruled out a bid.

The first Democratic debate is June 26-27 in Miami, and anyone who hasn’t declared by sometime in May is either not likely to run or is not a serious candidate, said Charlie Cook, editor and publisher of the nonpartisan Cook Political Report.

While none of those considering the race have the same name recognition as Biden or would fit a glaring hole in the field, “some of those still looking are not people that should be dismissed out of hand,” Cook said.

The party won’t put two middle-aged white men at the top of the ticket, said Howard Dean, a 2004 presidential candidate and a former Democratic National Committee chairman. Still, that shouldn’t necessarily dissuade the men still considering the race from running, he said.

A large field is not alarming for Democrats because candidates will need to raise $20 million in small donations to be competitive, and not everybody in the field will be able to do that, Dean said. With no clear favorite, it’s a good time to run, he said.

“In some ways, it makes it easier,” Dean said of a large field. “Lightning is going to strike somebody, and maybe it’s going to be you.” 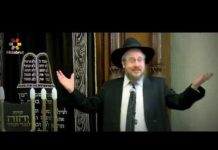 17th of Tammuz: Is It Hard to Be a Jew? – Rabbi Nissan Kaplan 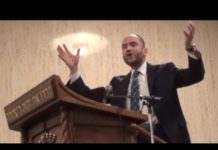 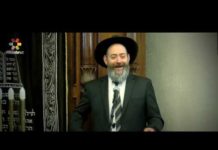