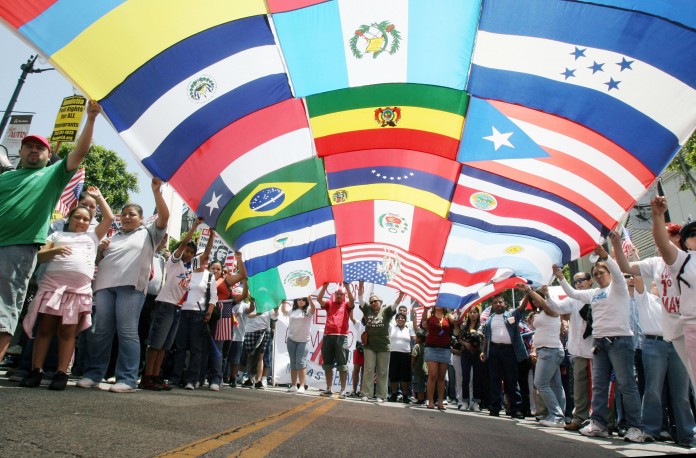 A rapidly growing number of Latinos are trying to gain U.S. citizenship so that they can vote against Donald Trump, The New York Times reported today.

“I want to vote so Donald Trump won’t win,” one woman told reporters of the former reality-TV star turned GOP frontrunner. “He doesn’t like us.”

She’s allegedly just one of several hundred legal residents—mostly Mexicans—who crowded into a Denver union hall where volunteers helped immigrants fill out citizenship applications. The process takes an average of five months for approval; and according to federal figures, naturalization applications jumped 14 percent during the six months ending in January.

Advocates say the pace is still picking up by the week. Applications could approach one million in 2016, a total that’s about 200,000 more than the average in recent years. Read more at The New York Times.