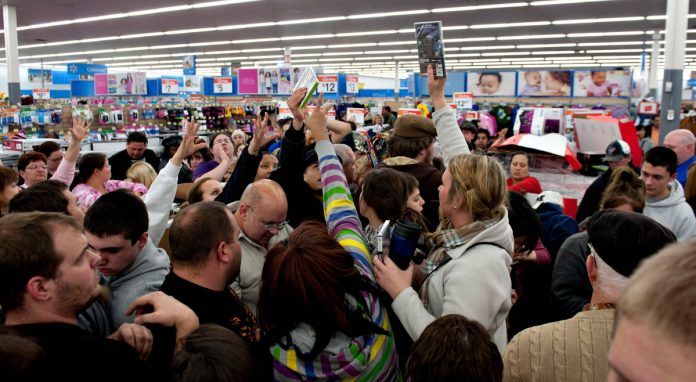 About 154 million shoppers made purchases at stores or on e-commerce sites this holiday weekend, the National Retail Federation reported Sunday, a bump up from the 151 million people who last year participated in the annual barrage of Black Friday deals.

And though it is encouraging for the retail industry that more consumers opened their wallets this time around, it wasn’t all good news: Average spending per person was down to $289.19 from $299.60 in 2015.

Matt Shay, the chief executive of the National Retail Federation (NRF), attributed the decline in spending to just how deep and broad the discounts were over the four-day weekend. While the promotions offered during this period were probably preplanned and thus baked into the retailers’ sales plans, it could prove a troublesome dynamic for them if ultra-deep discounts end up being needed all season long to get people shopping.

But other factors could have contributed to the decline in per-person spending: Retailers have been spreading their Black Friday deals out over a longer stretch, so it’s possible that many people pounced on offers several days before Thanksgiving even arrived. And NRF’s survey found that about 122 million people plan to shop on Cyber Monday, up from 121 million last year. So perhaps some consumers are holding out for the fresh batch of deals that will arrive after the weekend comes to an end.

The survey results reflect the increasing importance of e-commerce in the retail landscape. This year, about 108.5 million people shopped online over the holiday season, compared with 103 million last year. Meanwhile, the number of people who shopped in stores fell to 99.1 million from 101 million last year.

Indeed, other data released this weekend offers evidence that online spending was strong on Thanksgiving and Black Friday. Adobe, which analyzed 22.6 billion visits to retail websites, reports that a record $3.34 billion was spent online on Black Friday, up 21.6 percent from the previous year. Sales on Thanksgiving Day were up 11.5 percent to $1.93 billion.

The NRF had earlier projected that the retail industry would see a 3.6 percent increase in sales this holiday season over last year. That would be significantly better than the 3 percent growth registered in 2015. The trade group’s chief economist, Jack Kleinhenz, said Sunday that he believes that prediction “holds up pretty well” right now, even as some have asked whether the surprising election results might have altered consumers’ mind-set.

Experts say that in a presidential campaign year, we typically see that the election serves as a temporary distraction, with shoppers getting their gift-buying started a little later than they might otherwise. NRF’s survey seems to reflect that dynamic: About 23 percent of respondents said they hadn’t started their holiday shopping yet, compared with 19 percent last year. And a smaller share of people have finished their holiday shopping. This year, just 9 percent of shoppers have done so, compared with 11 percent last year.

Reopening U.S. Economy By May 1 May Be Unrealistic, Experts Say

Listen: The Daily “Bitachon 4 Life” Burst of Inspiration on Matzav.com: When Will I See My Yeshuah? 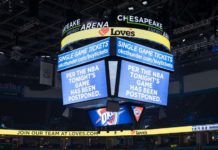