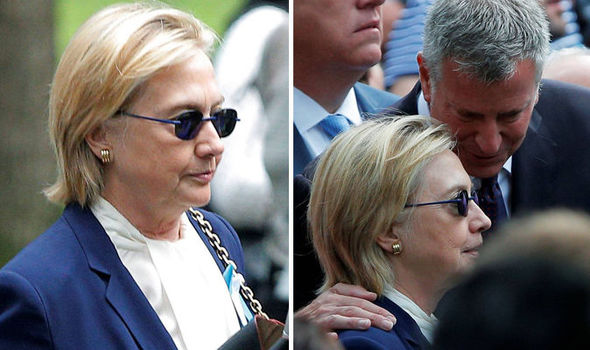 “Secretary Clinton has been experiencing a cough related to allergies. On Friday, during follow up evaluation of her prolonged cough, she was diagnosed with pneumonia. She was put on antibiotics, and advised to rest and modify her schedule. While at this morning’s event, she became overheated and dehyrdrated. I have examined her and she is now re-hydrated and recovering.”

Clinton left the memorial serivce at the World Trade Center site early, then was seen losing her footing before being put in a van by the Secret Service. Clinton convalesced at her daughter’s apartment in New York before walking under her own power to vehicles and announcing, “I’m feeling great.”