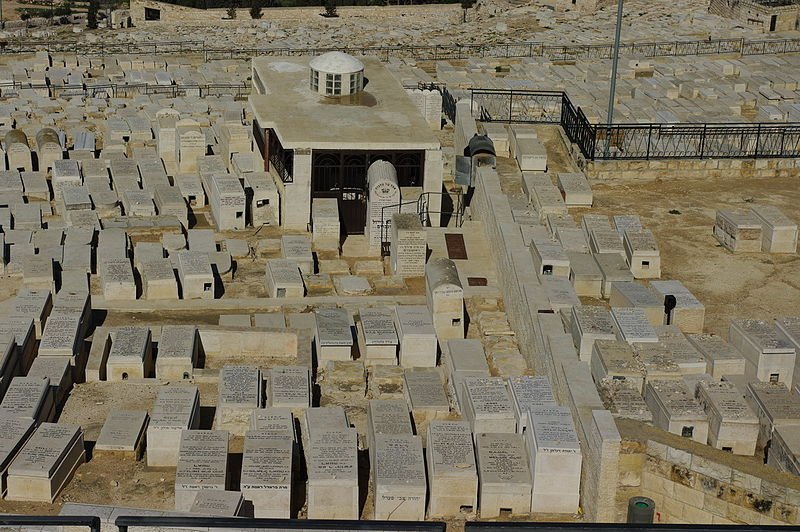 Another chapter in the endless saga of violence at Har Hazeisim: A Jewish family drove to Har Hazeisim to the gravesite of a family member. On the way, they were attacked by Arabs throwing rocks. They tried to escape from their attackers, and an Arab motorist deliberately stopped his car in front of them, blocking them from making a move.

A picture of the victims’ car with its windows shattered was disseminated. Several of the passengers were taken to hospitals for medical treatment. The incident was brought up in the Knesset, and the Minister of Internal Security, Gilad Erdan, responded on behalf of the government.

“On February 1 – I am simply describing this as the police saw it, from their perspective – the police received a complaint from a person who related that he had been driving with his cousin to a memorial service for a relative buried on Har Hazeisim,” Erdan said. “On the way, the complainant said that he had passed an Arab school, and a large group of youths emerged from the school and began to cross the street, causing him to stop his car. A Ford that had been driving behind him then cut in front of him and began moving deliberately slowly. The complainant related that the youths began kicking his car, breaking the side mirror and the windshield wipers. At that point, according to the complaint, he attempted to escape the attack by accelerating, but then rocks were thrown at his car, shattering the windshield and injuring his hand. The complainant then reported that after he had driven about 200 meters, he saw a car belonging to the special patrol of the Israel Police Force and reported the incident to them. The officers, who were stationed there to prevent rock-throwing attacks, canvassed the area and located the driver of the other car – who was identified by the complainant as the driver who had deliberately driven slowly in front of him – and took him into custody for questioning. A similar report was taken from the other passenger in the car, who added that there was a traffic jam at the time on the road on which they were traveling.”

Erdan continued: “The phenomenon of attacks on visitors to Har Hazeisim is known to the police and special forces are being employed to deal with it. The police are carrying out operations on a daily basis, both publicly and clandestinely, to address this issue. One of the measures that has been taken is the stationing of a patrol vehicle – the very car that the complainant encountered about 200 meters from the site of the incident – to deter potential offenders, prevent attacks, and enforce the law. Every incident that is brought to the attention of the police is investigated and handled with the best means at its disposal, with the intent of bringing the criminals to justice. I can personally attest, since I hold regular meetings on this subject – and you can also ask the committee that is working to increase security at Har Hazeisim and to protect it from Muslim vandalism – that the Israel Police Force is acting, and will continue to act, in all of the focal points of tension in East Yerushalayim, and especially Har Hazeisim, in order to preserve the personal security and welfare of the citizens of the State of Israel. Even if it hasn’t yet been possible for the police to bring the perpetrators in this incident to justice, in light of the steps that are being taken – some of which I have detailed – I hope and believe that it is only a matter of time and that the criminals will soon be captured.”

Erdan was not quite the bearer of good tidings at that Knesset session, and he is well aware that the situation is hardly a badge of distinction for his ministry. Nevertheless, he concluded, “In any event, I view this as a subject of great importance. As I have said, I am meeting with the Minister of Housing, whose office is responsible for security, about this subject, and I have also had at least two discussions about the subject of Har Hazeisim with the outgoing Yerushalayim district commander of the police force. This will be one of the primary objectives of the incoming district commander, both because it is necessary to ensure the personal security of the citizens and, no less importantly, because of the great importance and symbolic significance of Har Hazeisim and the Jewish cemetery there.”