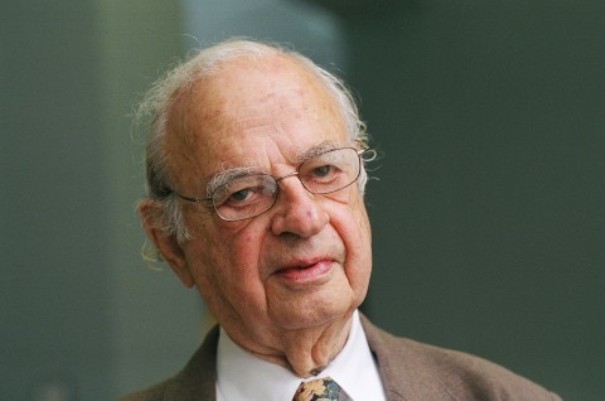 Morris Wessel, a pediatrician whose expansive approach to medicine made him beloved by children, whose ear-splitting colic he helped diagnose and define, and their parents, whom he sought to comfort all the way through life’s end, died Aug. 20 at his home in New Haven, Connecticut. He was 98.

The cause was complications from Alzheimer’s disease, said a son, David Wessel.

For 42 years, until his retirement in 1993, Wessel saw rich and poor families at his office near Yale New Haven Hospital; carried a black medical bag across the city to visit children in their homes; and, along with his medical colleague Robert LaCamera, occasionally accepted a homemade pie as payment for a visit.

Wessel was a student of psychoanalysis and of Benjamin Spock, the pediatrician who in the late 1940s became a best-selling proponent of a relaxed, common-sense approach to child care. Wessel encouraged prospective parents to meet with him before having children and endeavored to treat kids’ emotional needs and concerns, as well as any physical maladies.

In addition to his day-to-day dealings with children – which included writing notes to kids who had recently left for summer camp or college, to check on their health and well-being – Wessel worked to improve parents’ experiences in the maternity ward and at home in the nursery.

As a research fellow at Yale’s medical school in the late 1940s, he was part of a team that studied the novel practice of keeping newborns with their mothers instead of placing them in a hospital nursery. The study, led by Edith Jackson, led to the now-ubiquitous practice of “rooming in,” which aims to comfort both mother and child and foster a close familial bond from birth.

Several years later, at the helm of his own Yale research team, Wessel attempted to root out the cause of colic – a condition in which infants repeatedly, inexplicably, break into crying fits. Wessel believed his team, through close observation of 98 infants, could prove that the ailment was caused by allergies.

Though he failed in that regard – doctors are still unsure of colic’s origin, though the consensus is that it arises in the gut – he defined the conditions by which doctors could diagnose the problem with regularity and thus work more methodically toward a solution.

In a widely cited 1954 paper published in the journal Pediatrics, Wessel proposed a “rule of threes,” through which doctors would diagnose colic for children whose crying lasts more than three hours a day, more than three days a week and for a period of more than three weeks.

“Without that definition,” said Sydney Spiesel, a clinical professor of pediatrics at Yale, “people would have a terrible time beginning to look at colic in a serious way.” Wessel, Spiesel added in an interview, was also able to provide comfort to parents through his colic criteria, by explaining to them that the crying fits were indeed a kind of medical ailment and would pass in about two months.

Wessel largely moved away from medical research after his colic study, although in the 1970s he joined researcher Anthony Dominski in decrying toxic levels of lead found in children. The duo proposed maximum lead levels that were criticized at the time as being too high, though the American Academy of Pediatrics later recommended an even lower level.

Around that same time, Wessel joined with Florence Wald, a former Yale nursing-school dean, to co-found the Connecticut Hospice in Branford, the first U.S. center to provide end-of-life care outside a hospital. His work in promoting the hospice movement, he said, was not unrelated to pediatrics. Children, he noted, were perhaps the ones who were most affected by the death of a family member.

Morris Arthur Wessel was born in Providence, Rhode Island, on Nov. 1, 1917. His father, who planned to become an anthropology and sociology professor, died during the influenza pandemic when Wessel was 11 months old. The loss “made him appreciate how important families are,” his son said, and later helped steer Wessel toward pediatric medicine.

His mother, an immigrant from Russia who also aspired to a professorship, soon landed a position at what is now Connecticut College in New London, taking a job that Wessel’s father had applied for shortly before his death.

Wessel initially planned to follow his parents into teaching but changed course while at Johns Hopkins University, where a professor urged him away from the laboratory work.

“You are a people person,” Wessel recounted the professor as saying, in a 2005 oral-history project with the American Academy of Pediatrics, “and you should go into medicine, where your talents will be appreciated.”

He graduated from Hopkins in 1939, and at Yale University – where he earned his medical degree in 1943 – decided to become a pediatrician.

While serving in the Army medical service during World War II, he met the psychoanalyst Anna Freud, daughter of Sigmund, with whom he later struck up a correspondence about pediatric medicine. He then worked at the Mayo Clinic in Rochester, Minnesota, where he met Spock.

His wife of 62 years, the former Irmgard Rosenzweig, a social worker, died in 2014.

Wessel served as a consultant to the Clifford Beers Clinic in New Haven for about 35 years and in 1997 was awarded the American Academy of Pediatrics’ C. Anderson Aldrich Award for his contributions to the study of child development and behavior.

Following his mentor, the best-selling Spock, he wrote the instructional “Parents Book for Raising a Healthy Child” in 1987. One year later, he acknowledged that such manuals – published each year by the score – were little substitution for an attentive pediatrician.

“I would throw all of them out,” he told The Washington Post. “Even mine.”