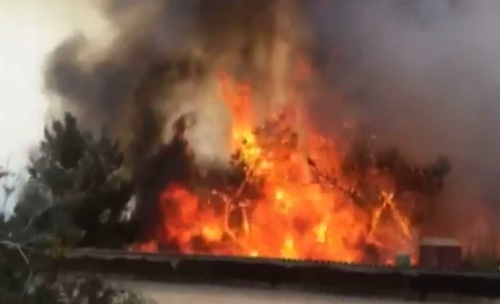 Thousands of Israelis have been evacuated from their homes and at least sixteen houses destroyed Thursday as fires rage out of control in central and southern Israel.

Homes have been reported as destroyed in both Kibbutz Harel and Mevo Modim, which sits near the Ben Shemen forest and just off of Route 443.

Residents from Harel, Mevo Modim, and a number of towns near Mevo Modim – including Gimzu, Kfar Daniel, and even Shilat – have been evacuated in part or entirely. Current estimates put the number of evacuated residents at about 3,500.