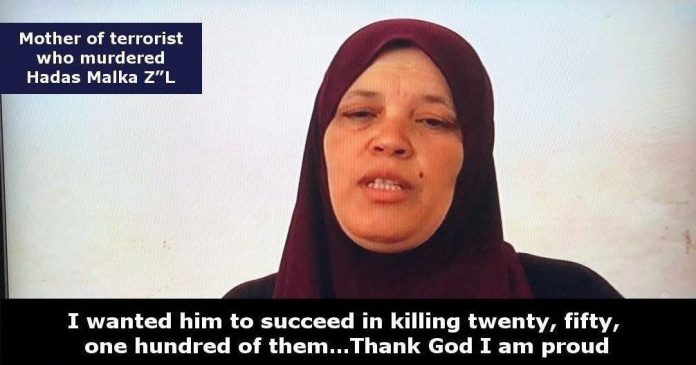 The mother of one of the Arab terrorists who carried out Friday’s deadly terror attack was arrested today for incitement of violence in the village of Deir Abu Mash’al.

The IDF made the arrest after the mother publicized statements in which she glorified terrorism and called for the murder of more Jews. During the arrest, police confiscated inciteful material, along with flags and posters.

Also today, police arrested a terrorist from Issawiya, accused of driving the 3 terrorists to the Old City, in full knowledge of their plans.