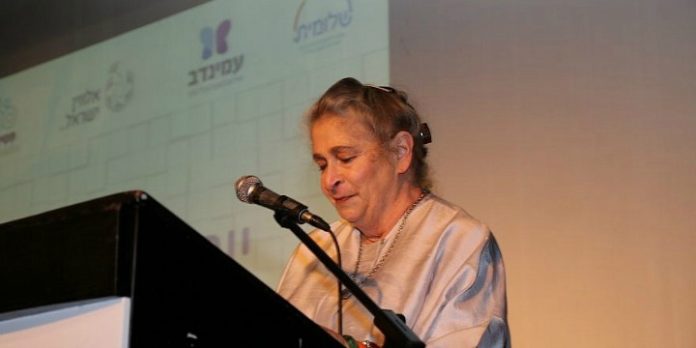 The mother of a young man whose lung was donated to Nechama Rivlin, wife of Israeli President Reuven Rivlin, mourned her death on Tuesday.

Nechama Rivlin passed away after a long battle with pulmonary fibrosis, which eventually required a lung transplant that proved unsuccessful. She died one day before her 74th birthday.

The Israeli news site Mako reported that Shari Halabi, whose late son Yair’s lung was donated to Rivlin, said of her death, “A part of my heart is gone.”

“Nechama has passed away, a modest person like Yair,” she said. “Rest in peace together with my magical child.”

Speaking directly to her son, Halabi said, “Another part of you is gone. Your mother loves you.”

Rivlin worked for many years at Hebrew University and during her tenure as Israel’s First Lady dedicated most of her efforts toward helping children with disabilities. She leaves behind her husband and three children.

In recent years, her disease left her in need of an oxygen tank, but she remained active until several months ago, when her condition began to deteriorate severely. She was eventually hospitalized at Beilinson Hospital in Petach Tikva, where she slipped into a coma in which she remained until her death.

Speaking shortly after her death, President Rivlin said, “I’m glad Nechama is not suffering any longer. She deserved so much the love and recognition she is receiving.”

Nehama Rivlin is lying in state in Yerushalayim until Wednesday, when she will be buried on Mount Herzl.