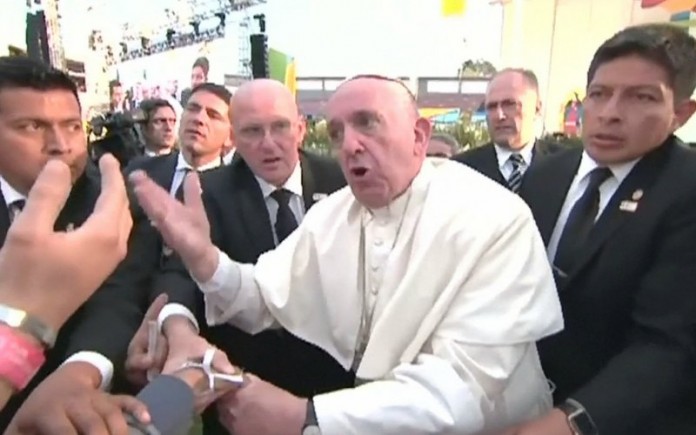 Pope Francis yesterday criticized the naming of the U.S. military’s biggest non-nuclear explosive as “the Mother of All Bombs”, saying the word “mother” should not be used in reference to a deadly weapon, The Nation reports.

The U.S. Air Force dropped such a bomb, officially designated as the GBU-43 Massive Ordnance Air Blast (MOAB) on suspected Islamic State fighters in eastern Afghanistan last month. The nickname was widely used in briefings and reporting on the attack.

“I was ashamed when I heard the name,” Pope Francis told an audience of students on Saturday. “A mother gives life and this one gives death, and we call this device a mother. What is happening?” Read more at The Nation.