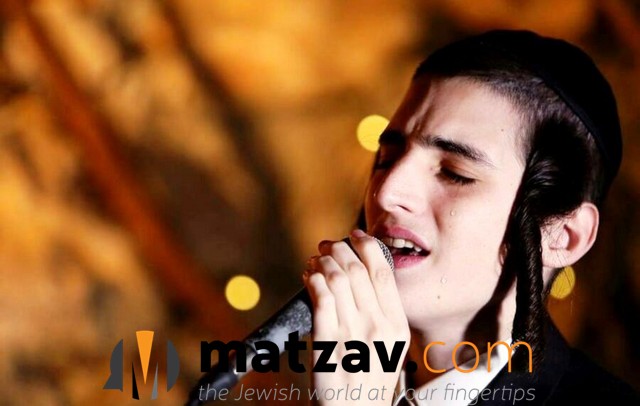 Singer Motty Steinmetz is celebrating the birth of his first child.

The 24-year-old, once a child prodigy, is today one of the most popular singers in the Jewish music world, performing at events across Eretz Yisroel and flying to locales in the Diaspora throughout the year, mainly to sing at weddings and dinners.

Motty performed on Shir, the album composed by Reb Shlomo Yehuda Rechnitz, and has appeared on other popular recordings.

A genuine ben Torah, Motty has followed the hadrachah of rabbonim and gedolim in booking only certain performances, maintaining hashkafah standards as he has grown in popularity.

The birth of his daughter comes just a week after the release of his solo album, Haneshamah Bekirbi.

Motty’s wife is a daughter of Rav Yisroel Viesel, a dayan on the bais din of Rav Nissim Karelitz and rov of Chanichei Hayeshivos-Rashbi in Brachfeld. Motty’s shadchan was Rav Sholom Ber Sorotzkin, head of Mosdos Ateres Shlomo in Eretz Yisroel. The wedding took place during Tishrei 2015.

Matzav.com wishes Motty and his wife a heartfelt mazel tov.