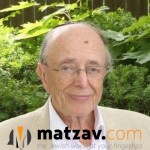 It is with great sadness that we report the passing of Mr. Teddy Schiffman, who was killed crossing the street in Lawrence, NY, on Friday night, Nassau County police said, Newsday reports.

Mr. Schiffman, 82, of Boca Raton, Flordia was crossing Nassau Expressway at the intersection with Broadway when he was struck by a southbound 2013 Dodge near the center divider about 5:45 p.m., police said.

Mr. Schiffman was taken to a hospital and pronounced dead at 8:32 p.m.

He was a past president of the White Shul, Congregation Knesseth Israel, in Far Rockaway.

The 66-year-old driver of the Dodge stayed on the scene and was not charged, cops said. His vehicle was released back to him after cops completed a brake and safety test.