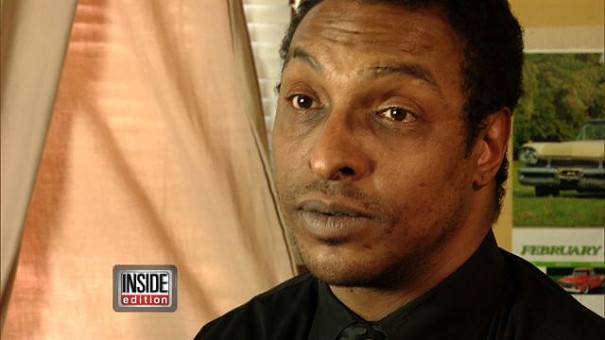 Muhammad Ali Jr. had just returned to Florida from Jamaica, where he had accompanied his mother, Khalilah Camacho-Ali, who was there giving a speech about black history.

After arriving at the Fort Lauderdale-Hollywood airport, Ali Jr. — son of one of the greatest boxers of all time — was detained and asked at least twice about his religion, according to family friend and attorney Chris Mancini. Ali — born in Philadelphia in 1972 — and his mother are both Muslim.

“To the Ali family, it’s crystal clear that this is directly linked to (President Donald) Trump’s efforts to ban Muslims from the United States,” Mancini told the Courier-Journal (Louisville, Kentucky) on Friday about the alleged incident, which occurred on Feb. 7.

Late last month Trump signed an executive order calling for a temporary travel ban on citizens from seven Muslim-majority countries in the Middle East and Africa. The order, which critics accused of being a thinly veiled attempt to discriminate against Muslims, has since been rejected by a federal appeals court and effectively overturned. However, according to Mancini, that hasn’t stopped government representatives from discriminating based on religion, which is how he said Ali Jr. ended up being detained, despite his holding a U.S. passport.

Mancini told the Courier-Journal on Friday that Ali and his mother were initially flagged by immigration agents for their “Arabic-sounding” names. He said Camacho-Ali was not detained after she showed officials a photograph of herself with her ex-husband, but when Ali Jr. could not produce a photograph to show of himself with his father, who died last year, immigration officials separated Ali Jr. from his mother, then detained him for approximately two hours.

Mancini told the Miami New Times that immigration officers asked Ali Jr. about his religion within the first 30 minutes of being detained and again when he was taken to a small holding room where he was held for another 90 minutes.

“What right does the United States have to inquire about somebody’s religion when they enter the country?” Mancini told the New Times. “There was no other basis for a secondary inspection. This is an instance where the ban has been enforced even though it has been thrown out. The government is still trying to find grounds to keep Muslims out.”

U.S. Customs and Border Protection has refused to comment on the specifics on the alleged detention, noting to the Courier-Journal, that “due to the restrictions of the Privacy Act, U.S. Customs and Border Protection cannot discuss individual travelers.” The spokesperson added, “However, all international travelers arriving in the U.S. are subject to CBP inspection.”

The Washington Post has reached out to a spokesman for the late boxer’s family for further comment.

Mancini told the Courier-Journal that immigration officials eventually allowed Ali Jr. back into the country, where he was able to then reunite with his mother, who had asked local police for help in the meantime. However, because customs officials are under federal jurisdiction, local police were powerless.

Ali Jr. and his mother live in Deerfield Beach, Florida, about 20 miles from the airport.