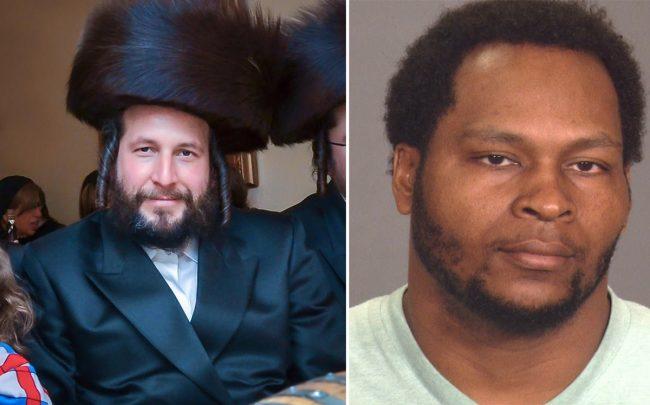 The Brooklyn Eagle reports: A Crown Heights man was sentenced to 24 years to life today for the 2014 botched kidnapping and murder of Menachem Stark Hy”d.

Erskin Felix was convicted of kidnapping, murder and tampering with evidence for masterminding and carrying out the fatal kidnapping of Menachem, whose murder roiled Williamsburg’s Jewish community.

“This defendant orchestrated the callous kidnapping that led to the murder of Menachem Stark, a husband, father and beloved member of the Williamsburg community. With today’s substantial prison sentence this defendant has now been brought to justice and held accountable for his role in this senseless loss of life,” said Brooklyn District Attorney Eric Gonzalez.

Late at night on Jan. 2, 2014, Felix and his cousin, Kendel Felix, ambushed Stark outside his office, planning to hold the 39-year-old man for ransom, according to prosecutors. Both men worked for Stark.

Stark fought to escape, but the men overpowered him and forced him into a Dodge minivan. The Felix cousins put a ski mask over his face and bound him with duct tape, according to the DA.

With Kendel driving, Erskin sat on Stark in the backseat to restrain him as they drove to another cousin’s house, prosecutors said. When they arrived, Stark was dead. An autopsy determined that Stark died from asphyxiation to the chest and neck, according to the DA.

Erskin then directed Kendel and another cousin, Kendall Felix, to take Stark’s body to Long Island, prosecutors said. They dumped the body in a dumpster in Great Neck and lit in on fire. A police officer found the burned body less than a day later.

Kendall Felix, who bought the gasoline and lit the body on fire but was not present for the kidnapping or murder, was sentenced in March to a minimum of two years and four months and a maximum of seven years.