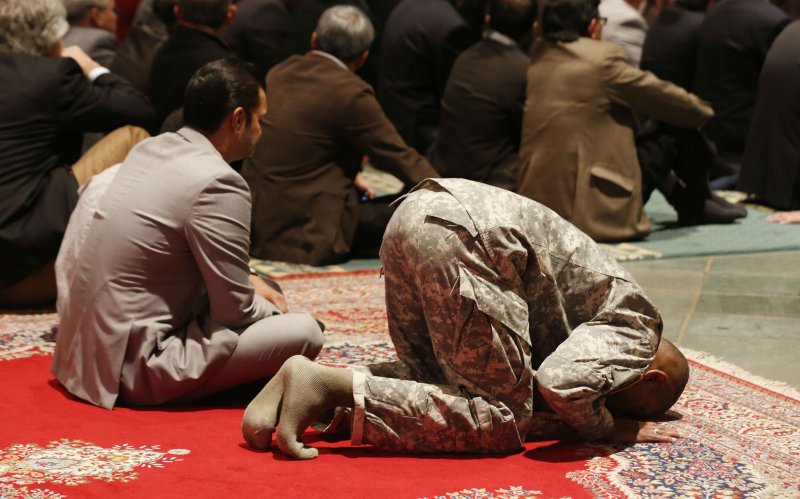 Donald Trump’s proposal for a full ban on Muslims entering the U.S. disappeared from his campaign website after he won the election.

“Donald J. Trump is calling for a total and complete shutdown of Muslims entering the United States until our country’s representatives can figure out what is going on,” the statement, from Dec. 7, 2015, said.

The proposal, which triggered accusations of Islamophobia and blatant racism in the Trump campaign, went on to warn of an inexplicable hatred of Americans by Muslims, a “dangerous threat” likely to spur terrorist attacks. On Wednesday, a day after Trump shockingly won the presidency, the statement could no longer be found on the website. Instead, visitors to the site are redirected to the homepage.

The removal of the inflammatory statement appears to be in line with the toned-down rhetoric on the Muslim ban voiced by Trump at the end of his campaign. He went from calling for a full ban on all Muslims to a ban on immigration from countries with ties to terrorism. Read more at ABC NEWS.