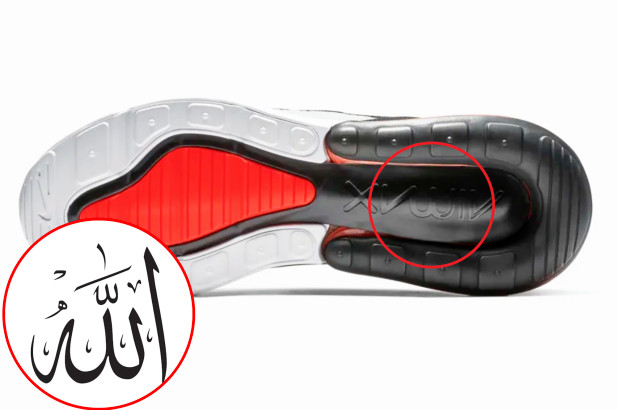 A Muslim petition to recall the Nike Air Max 270 shoe received 10,000 signatures within two weeks. A logo on the sole based on a stylized representation of the shoe’s name, vaguely resembles All-h in Arabic when turned upside down.

“After recalling trainers in 1997, which had a similar logo depicting the word All-h, Nike claimed to have tighten[ed] scrutiny on logo design. So why has a similar design been approved?” the petition demanded.

At least four thousand signed a similar petition against Marks & Spencer’s Aloe Vera toilet paper with a similar complaint after one sheet creased into folds reminiscent of the Arabic name.