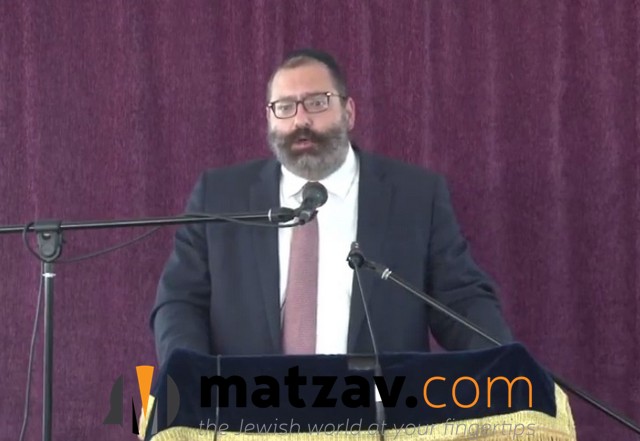 I spent two and a half hours yesterday with an 18 year old girl from a local frum family. The story she shared was beyond devastating (her therapist confirmed the story with me as did two well-known Askanim, a prominent community Rav and others).

Her parents are severely dysfunctional; her father worked as a Rebbe in a local Cheder until he was fired from his position due to emotional issues that began manifesting in his personality.  He now occasionally tutors local kids, and does other odd-and-end jobs.  Her mother does not work.  Both parents suffer from mental illness, and they are abusive, in an ongoing psychopathic manner to their children.  She described to me the details of her upbringing and in her words: “in 18 years, I have not had a day of normalcy or happiness.”

She and 3 other siblings are not living at home. She was courageous enough to speak up about what was going on at home. To save himself, her father apparently tells everyone that she is mentally unstable and not to believe a word she says; at the same time, he bad-mouthed the people helping her, claiming that her therapists are kidnappers who convinced his children to leave home.

This girl is an amazing human being—smart, intuitive, strong, spirited and deep. My feeling is that if someone can give her unconditional love for a few months in a safe environment, her soul will shine, as she is a diamond. But she is traumatized and needs lots of help to even be able to feel that someone cherishes her. It is not so simple to give her that “love.” She was told all her life that she is worthless and undeserving. And she kept on saying these same words to me too. “I deserve to die.”

Right now she is lying in a basement alone. She cut herself a few times, but I can see she really wants to live, to be loved and love.

I asked her what her greatest fear is. She told me, that her father and mother still have the 3 youngest kids, and she is scared her father might kill himself and his three children. She described him as someone with NPD, plus bi polar, plus being a psychopath, while appearing to the world as a fine person.  She says, her mother is worse. “All I want is for my parents to be dead.”

“I do not deserve any love. I deserve to die. I am evil evil evil. That is why this happened to me.” Her words.

We finished our meeting yesterday; tears were streaming down her eyes, as she said: “In 18 years old, no one ever made dinner for me, washed my laundry, or kissed me like a mother.”

I tried to console her. But she said: “Will you be like so many others who promise to help, but then get manipulated by my parents and end up saying: ‘there are two sides to the story?'”

I believe her and don’t accept that her story is made-up.  So, here we are. Vos tut men? What will we do for this girl? And for the three children left behind at the home of the parents?   Why should an 18-year-old Bas Yisroel go to sleep every night wishing she was never born?

If even 40 percent of what she says is true, her parents are severely ill and incapable of raising a family. If 40% is true then we must find a way to take the other three kids from their bosom, so they are not destroyed as well.​

I phoned a few Askanim about this, and about some other cases that came to my door, and I was told these words:

“Our community often has a hard time believing that there are bad people in our midst.  They cannot imagine that the person next to them is an abuser, a thief or a molester.  We tend to give the benefit of the doubt and take that to an extreme, and bury our heads in the sand far too much.

What makes this worse are some well-meaning defenders, who use inappropriate tactics when defending someone accused of misdeed.  Everyone accused is entitled to a defense, but the tactics that one uses must follow the Torah and that means no anonymous letters, no hate calls, no threats and no underhanded tactics.”

This girl deserves a fair hearing.  If what she says is true then it’s heartbreaking that we have young precious souls who are suffering so.

We can all use a good look around us.  Do you see someone who looks like they are suffering? Is there a child in your class who won’t raise his or her head up?  Is there a kid next to you who looks hungry, bedraggled, neglected, or who is acting in unusual ways?  We are a community and that means we have to be proactive in looking out for each other and looking to ensure that all in our midst are protected.

We have seen so much progress in recent years battling abuse and neglect.  We have seen communities come together to root out misbehavior and misdeed.

Let us redouble our efforts.  Let us all stand together, and fight to protect the widow and the orphan and the abused.  Don’t stand by – stand up for those who are suffering and act to protect them.  Let us continue to work protect innocent children, in every possible way. Let us redouble our work to stop abusers from doing their heinous work. Let us ensure that every child lives in a safe and secure environment.  This is an achrayus for us all – Rabbis and laymen, men and women, adults and children.

With Hashem’s help, we will succeed.