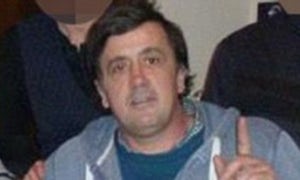 The family of the man suspected of ramming a van into Muslim worshipers offered public condolences Tuesday in statements that gave little hint of possible motives behind the latest terrorist strike in London.

The suspect – identified by British media as Darren Osborne, 47 – was heard by witnesses as saying he wanted to kill Muslims. But few other details have emerged on what caused Osborne to drive 160 miles from Wales and point his van at crowds outside two London mosques Monday following late-night prayers during the holy month of Ramadan.

Osborne’s mother, Christine Osborne, 72, told the Sun newspaper that her son had mental health problems – which she did not detail – but that he had never expressed any political concerns.

“My son is no terrorist. He’s just a man with mental issues, and I don’t know how to cope with all this,” she was quoted as saying. “As a mum, my heart goes out to everyone in Finsbury Park.”

“We are massively shocked. It’s unbelievable. It still hasn’t really sunk in,” Osborne’s nephew, Ellis Osborne, said in a statement on behalf of the family.

“We are devastated for the families. Our hearts go out to the people who have been injured. It’s madness. It is obviously sheer madness,” he said.