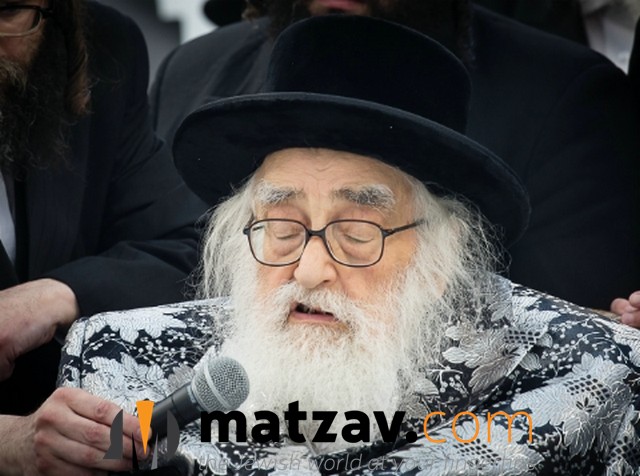 Suspicion filled the bais medrash of Vizhnitz Monsey, when, shortly before Kol Nidrei, when the main bais medrash in the village of Kaser was packed with mispallelim, a suspicious person appeared.

The Chassidim noticed that the man was holding a siddur upside down, with in the second hand he held a phone that he used to take pictures, constantly photographing the bais medrash.

When one of the mispallelim turned to the stranger and asked him what he’s doing, the man quickly slipped out of the bais medrash and headed outside to his car, a Toyota Corolla, which was parked close to the entrance of the bais medrash in a nearby parking lot.

Local askanim were alerted, as this was a safety concern; it was not clear that the man did not have nefarious intentions.

Alongside those concerns, there are those who said that one never knows if the man was simply a Jewish individual estranged from Yiddishkeit who sought a place to pray on the holiest day of the year. It was not clear why he would choose that particular shul, the large Vizhnitzer Bais Medrash.

Other speculated that he might have been sent by a news outlet – perhaps even a Jewish one, perhaps one seeking to publish a feature about Vizhnitz – to capture photos of the Erev Yom Kippur tefillos.