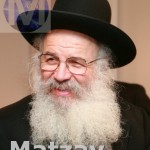 Ocean Township, NJ – A yeshiva denied permission to build a structure has filed a federal lawsuit alleging religious discrimination by the Ocean Township Zoning Board.

Yeshiva Gedola Na’os Yaakov, which is led by its rosh yeshiva, Rav Shlomo Feivel Schustal, is challenging the township’s zoning regulations and the Zoning Board’s denial of the Yeshiva’s variance application, the Asbury Park Press reports.

The complaint alleges the township and Zoning Board violated the First and Fourteenth amendments to the U.S. Constitution, the federal Religious Land Use and Institutionalized Persons Act, and the Fair Housing Act.

The group sought a use variance to renovate an existing school building at 1515 Logan Road and turn it into a yeshiva for 96 talmidim.

The board denied the use on Dec. 1. Board Attorney Mark Steinberg advised the board before the vote “to deny the application without prejudice … based upon the fact that the board does not have sufficient information in front of it.”

The December vote concluded over a year of boisterous hearings, including a July meeting where over 1,000 community members packed the Ocean Township High School auditorium, exceeding the capacity and forcing the board to adjourn, the Asbury Park Press reports.

“This is bigotry masked as a zoning hearing, pure and simple,” said Roman P. Storzer, attorney for the yeshiva. “The situation that the yeshiva has faced here is exactly why Congress decided that RLUIPA’s protections are necessary.”

The yeshiva is currently located on Somerset Avenue in Lakewood, NJ. Rav Schustal served as rosh yeshiva of Yeshiva Torah Temimah in Brooklyn before opening Naos Yaakov at the beginning of last year.

The yeshiva’s legal dealings and operation are being directed by Rav Shlomo Lesin, noted machzik Torah and head of a prestigious Lakewood kollel who for years served as the executive director of Mesivta of Long Beach.