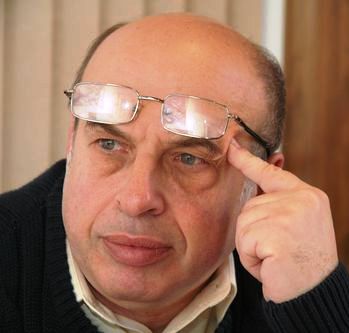 Jewish Agency Chairman Natan Sharanksy this week participated in a demonstration in front of the Chief Rabbinate building in Yerushalayim over a recent decision by the rabbinical court to reject a geirus by Rabbi Haskel Lookstein of New York.

“Rabbi Lookstein is a man of great renown and a lengthy record of accolades and achievements,” Sharansky said in a statement.

“At a time when we are combating efforts to delegitmize Israel, as our enemies attempt to sever the ties between young Jews and the Jewish state, this is deeply detrimental to Israel’s image among Jewish communities around the world.”

Demonstrators are protesting the controversial recent decision of the rabbinical court in Petah Tikvah to reject the conversion of a woman, which was performed by Rabbi Haskel Lookstein, a Modern Orthodox rabbi from New York. The protest was organized by Lookstein’s former students and ITIM, an NGO advocacy group who appealed the Petach Tikvah decision.

As a result of the decision by the rabbinical court, all of Rabbi Lookstein’s previous conversion would be rejected as well. Rabbi Lookstein converted Ivanka Trump, daughter of Republican presidential nominee Donald Trump.

Others participated in the demonstration, including Rabbi Shlomo Riskin and several members of the Israeli Knesset.

The Supreme Rabbinical Court this week heard an appeal of the case but has not yet announced its decision.