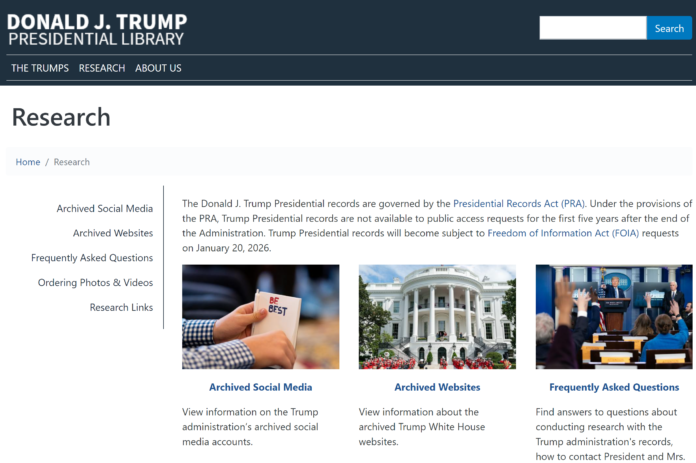 The site was launched on Wednesday shortly after President Biden’s inauguration, and features the archived websites of the Trump White House and other sites such as former first lady Melania Trump’s Be Best Initiative.

Also included are online resources to provide research information on Trump’s presidency, as well as information on the archived social media accounts of the former administration.

The official White House social media accounts were turned over to Biden’s administration shortly after his swearing in Wednesday morning.