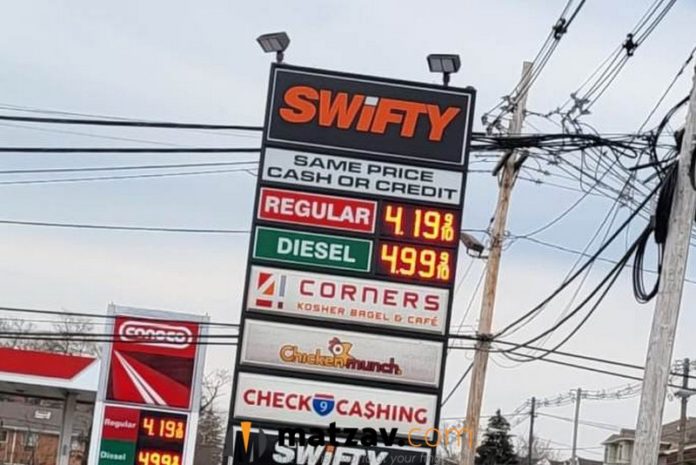 The national average price for a gallon of gas fell to $4.01 on Monday and is expected to imminently fall below $4, according to estimates by GasBuddy, The Hill reports.

Gas prices have fallen for eight consecutive weeks after briefly peaking at a record high of more than $5 per gallon in mid-June, according to the gas price tracker’s analysis. AAA reported a nationwide average of $4.059 per gallon on Monday.

“The national average is poised to fall back under $4 per gallon as early as today as we see the decline in gas prices enter its eighth straight week,” Patrick De Haan, GasBuddy’s head of petroleum analysis, said in a statement. “By the end of the week, one hundred thousand stations will be at $3.99 or less,” he said. The Hill