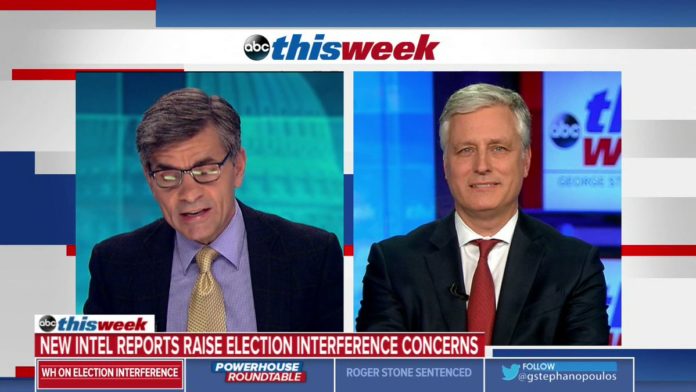 National security adviser Robert O’Brien is rejecting reports that the U.S. intelligence community believes Russia is interfering in the 2020 presidential election with the goal of reelecting President Trump.

“I haven’t seen any intelligence that Russia is doing anything to attempt to get President Trump reelected,” O’Brien said in an interview with ABC’s “This Week” to be broadcast on Sunday. “I think this is the same old story that we’ve heard before. … We’ve been very tough on Russia, and we’ve been great on election security. So I think it’s a nonstory.”

The president has repeatedly dismissed the intelligence in the ensuing days, tweeting on Friday that the news was “another misinformation campaign” being launched by the Democrats in Congress.