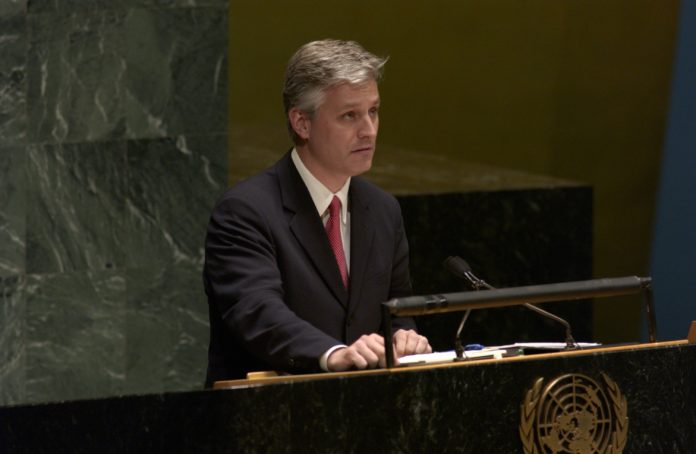 National Security Adviser Robert O’Brien is pushing for an elevated post in a second Trump administration, NBC News is reporting.

The network news said on Friday that he has spent months jockeying for an elevated role in a second term.

It pointed out that President Donald Trump has indicated that Defense Secretary Mark Esper will be out after the election. And Secretary of State Mike Pompeo isn’t expected to complete another full term.

“Robert has been actively promoting himself to replace Esper after the election,” a senior administration official said.

O’Brien has pressed for a strong China policy, an Iran pressure campaign, and an expansion of the Navy fleet. All are top issues for Trump.