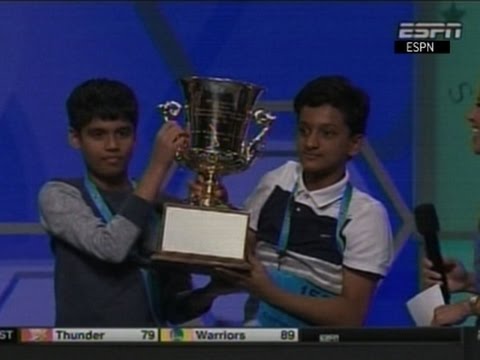 The Scripps National Spelling Bee ended in a tie for the third consecutive year Thursday night, with 13-year-old Jairam Hathwar from Corning, New York, and Nihar Janga from Austin, Texas, declared co-champions after a roller-coaster finish.

But what made the spelling interesting – or perhaps, in yeshivishe jargon, mudneh – was the fact that the spelling bee champion had to spell the Yiddish word “chremslach” – yes, that food you usually eat on Pesach – in the final rounds of the competition.

Last we checked, chremslach in not an English word, but whatever.

In 2013, the winning word was knaidel. That year, a contestant had to spell hesped.

Make you wonder: Is this the English spelling bee?