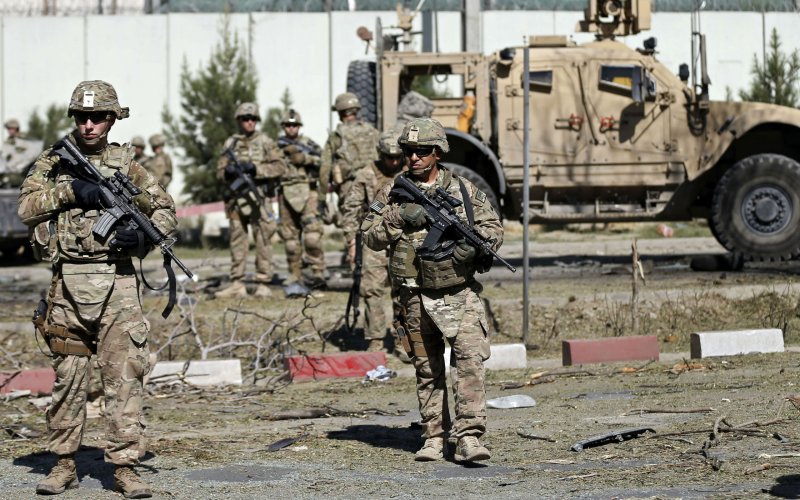 Nearly three years after NATO ended combat operations in Afghanistan, the 29-nation alliance will send troops once more into the country with hopes that the renewed surge will help the Afghan military beat back a resurgent Taliban.

Speaking ahead of a defense ministerial meeting here Thursday, NATO Secretary General Jens Stoltenberg said thousands of troops have been requested, but he did not say how many would deploy.

With the Taliban in control of broad swaths of the country and the Afghan military locked in a primarily defensive war, it is unclear how a new infusion of NATO or U.S. forces could radically turn the tide of the conflict.

“Fifteen nations have already pledged additional contributions to Resolute Support Mission. And I look forward to further announcements from other nations,” Stoltenberg said, using the name of the NATO mission to Afghanistan.

Stoltenberg stressed that NATO’s renewed presence did not mean the beginning of another combat mission; instead, he said, the alliance will focus on building the Afghan special operation forces, air force and other military training institutions.

Stoltenberg’s remarks come as the United States weighs its own commitment in what has become its longest-running war. In recent weeks, President Trump delegated authorities to the Pentagon to set troop levels in the Afghanistan, and Defense Secretary Jim Mattis has pledged to present a strategy to Congress by mid-July. Earlier this month, the retired four-star Marine general told lawmakers that the United States was “not winning,” and battlefield commanders, including the head of U.S. forces in Afghanistan, Gen. John Nicholson, have requested a “few thousand” more troops.

With a Taliban insurgency that has proven resilient despite heavy battlefield losses, lawmakers in Washington and some NATO allies remain wary of any new military solution in Afghanistan.

In an interview, Canadian Defense Minister Harjit Sajjan said his country has received the request for more troops but has not yet decided to pledge any additional forces.

Canadian soldiers withdrew from Afghanistan completely in 2014, after participating in several bloody campaigns around Kandahar in 2006 and a limited training mission after 2011. Between 2001 and 2014, more than 150 Canadian troops died in Afghanistan.

With no physical presence in the country, Canada has instead continued to provide financial support to the Afghan security forces.

“Afghanistan is obviously very important to us, and we’re going to monitor the situation,” Sajjan said. “The military is not going to give you that complete victory. It takes an entire whole of government approach for it; the real solution will come from the political side.”

British Defense Secretary Michael Fallon told a group of reporters during the ministerial meeting Thursday that Britain was in Afghanistan “for the long haul” and would send just under 100 additional troops to help prop up Afghan forces around Kabul, bringing the total number of British soldiers in the country to around 600. In the last year, the Afghan capital has been rocked by a spate of terrorist attacks that have killed hundreds.

On his way to Europe on Monday, Mattis said he would spend the defense ministerial getting feedback from NATO countries before going back to Washington and delivering his formal strategy to Trump.

Currently there are roughly 13,500 NATO and U.S. troops in Afghanistan. The Americans number around 8,500 and are split between counterterrorism operations and supporting the NATO-led training mission. At the war’s height in 2010 and 2011 there were more than 100,000 U.S. forces in Afghanistan.

More than 2,000 U.S. troops have died in Afghanistan since 2001, and Afghan security forces continue to take an almost unsustainable amount of casualties despite U.S. air support. Civilians, however, have borne the brunt of the violence, with 2016 marking the deadliest year for the Afghan population since the United Nations mission to the country began monitoring the statistics in 2009.