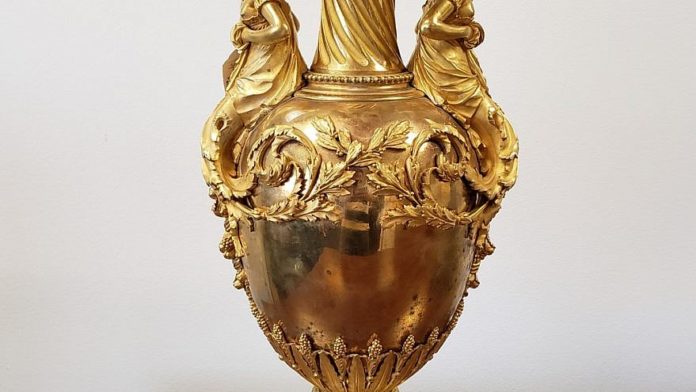 Goods stolen by the Nazis 80 years ago were returned to descendants of their original Jewish owners in two separate cases in Germany.

On Monday in Munich, nine works of art, including paintings, casts and engravings, were turned over to the relatives of Julius and Semaya Franziska Davidsohn, who had their artwork confiscated in 1938. The return ceremony took place at the Bavarian National Museum in Munich, when Art Minister Bernd Sibler handed over the pieces with the director general of the museum, Frank Matthias Kammel, and deputy director Kurt Zeitler.

At an Aug. 1 ceremony in Berlin, two vases were returned to the heirs of Harry Fuld after joint efforts by the American embassy and an FBI art crime team, reported Fox News. The FBI said the vases are now worth about $120,000.

Fuld was a German Jew who founded the first modern telephone system in Germany.

“Finding ways to bring small measures of justice to the victims of the Holocaust and their families, even after so many years of injustice, is a priority of the Trump administration,” U.S. ambassador to Germany Richard Grenell told Fox News on Saturday. “From the very beginning, [U.S] President [Donald] Trump instructed his team to be aggressive in this work.”

Grenell added that “we hope this one success story will encourage others to keep researching and pushing auction houses and governments to return the thousands of other Nazi stolen items on the market to their rightful owners.”