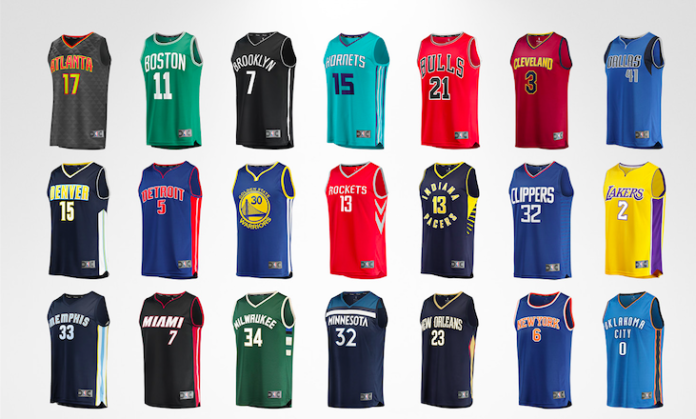 The National Basketball Association is now blocking fans from customizing jerseys to include “FreeHongKong,” while allowing a range of gross activist slogans on its merchandise. Through its online store, the league has long let fans create jerseys with personalized messages on the back. In fact, the feature recently become a key part of the NBA’s push to allow players to sport activist statements on their jerseys. Today, however, it became clear the NBA doesn’t love all protests equally.

As first pointed out by Twitter users, the NBA store is blocking any fans from making jerseys with popular protester slogan “FreeHongKong.” This happens despite the site allowing numerous antisemitic and anti-police slogans. Right now, you can make a custom NBA jersey with “KillCops,”” and “Burn Jews” among many other objectionable phrases. It appears that supporting a pro-democracy movement, however, is too extreme.

The league makes billions from America, and still bows to China without a second thought. Disgusting.

The National Basketball Association has not responded to The Federalist’s request for comment about the reasoning behind this, and whether it will change.

“Free Hong Kong” is a longtime popular slogan among protesters. It has been used since Xi Jinping began his push to absorb the formerly autonomous city into his authoritarian state under the guise of a new “security” law.

As the NBA blocks statements offensive to the Communist Party of China, protesters are being arrested in the city under a harsh new “security” law. Pro-democracy demonstrators can now be jailed for life. Disrupting roads is now considered a terrorist act, and any attempts to work with the international community have been made criminal.

Custom jerseys form a major part of the NBA’s social activism — and checkbook. According to the Players Association, the union and the NBA are currently working out an agreement to encourage players to wear custom jerseys with social justice messages. It forms one facet of the NBA’s push to brand itself as an activist organization, with “social change” being touted as the goal of its upcoming season.