More than 30 million viewers tuned in Wednesday night to watch President Obama’s remarks at a memorial service for victims of the shooting in Tucson, Ariz., on Jan. 8, according to Nielsen.

Coverage of the speech earned a 19.4 household rating/31 share. Compared to presidential speeches of 2010, that rating and viewership number tops Obama’s address on Iraq on Aug. 31 which drew an audience of 29 million, and is just shy of his Jun. 15 address on the Gulf Coast oil spill at 32 million (both speeches were carried on 11 networks). 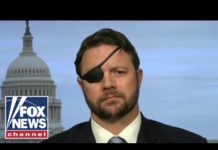