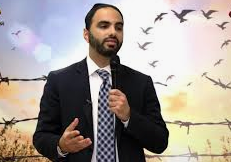 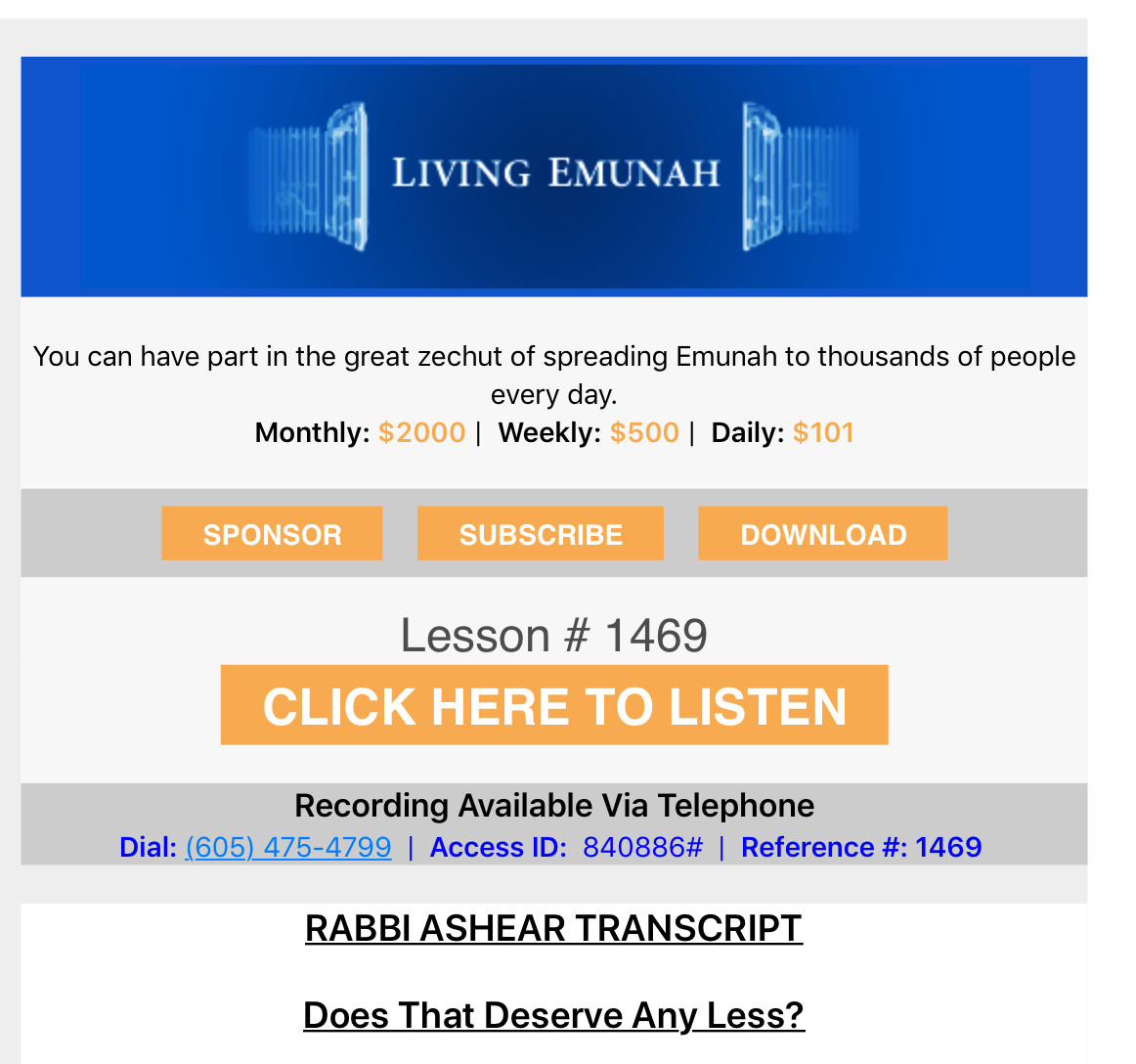 It is so beautiful to watch another person receive good news, especially if it is news of a salvation after months or years of tears and heartfelt prayers. That person will be filled with gratitude to Hashem, all of his words will be praise and thanks. The Torah tells us, when Eliezer, Avraham’s servant, received the good news that his mission was successful and he had found a wife for Yitzchak, he bowed to Hashem, and Rashi writes, from here we see we are supposed to thank Hashem for good news. The Be’er HaParasha asked why the Torah chose this story to teach us to thank Hashem for good news. He explained, the way of the world is, when a person is searching for a shidduch, let’s say, for his daughter, and things don’t go the way he hoped, in fact, they go worse than he could have ever imagined,and  it gets to a point where it seems that his daughter will never get married. Then, after years of heartache and pain, all of a sudden, out of nowhere, the right one shows up and, just like that, his daughter is married. That person will be full of praise to Hashem. He’ll tell everybody about the miracle of how the shidduch was finally brought about and how kind Hashem is for making it happen. But what about when a person’s daughter becomes of marriageable age and, before he even tells anyone about it, he’s receiving calls left and right from shadchanim who are eager to set her up. And then, very quickly, she gets engaged. He doesn’t experience any miracles. He doesn’t have even one moment of stress over it. He might not feel the same euphoria that the first person felt, but the truth is this person needs to thank Hashem much more. Hashem gave him a salvation without having to wait, without any pain. This is why the Torah brings the story of Eliezer to teach us to have gratitude for good news, because there it came so quickly and easily.

Once, a man who had his first baby girl after being married for a year came to Rav Shach zt”l, and asked him if he needed to make a Kiddush to celebrate it. Rav Shach asked him, “If this child had been born to you after eight years of waiting, would you make a Kiddush?”

“Of course,” the man replied, “what a Simcha that would be!”

So Rav Shach told him, “Hashem was so kind to you, he saved you eight years of waiting. Does that deserve any less of a celebration and thank you to Him?”

When a person goes to work and makes money easily, he should be overcome with gratitude to Hashem. If someone has children who are all going in the ways of Torah and mitzvot, he should be filled with song and praise to Hashem for that blessing. He didn’t need to experience a child going off the derech and the struggle of bringing him back.

We need to thank Hashem for salvations after long periods of darkness. We need to thank Hashem for immediate salvations. And the greatest of all thank you’s is to thank Hashem when we are still in the darkness, before the salvation has arrived, to find what to appreciate even then and still wholeheartedly thank Hashem. Rabbi Menachem Mendel from Riminov once wanted to travel somewhere but couldn’t afford to pay for the wagon. He hired himself out to be the wagon driver’s helper by tending to the horses when the driver needed to stop to eat and sleep. It was a very cold time of year and that night when they stopped off at an inn, Rabbi Menachem Mendel was standing outside with the horses, shivering and starving. He realized if he didn’t start moving around, he would freeze. So he began jumping and then he turned it into a dance of joy. “Why don’t I use this opportunity to thank Hashem?” he thought. He started singing praises to Hashem. Someone from the inn walked outside and asked the Rabbi what he was doing. “I’m thanking Hashem,” replied the Rabbi, “do you know how many people there are who are not able to dance and move around because they are sick? Baruch Hashem, I’m able to be active. There are people who can’t even detect when they are hungry because of sickness. Baruch Hashem, I’m feeling the hunger pains.” That man became inspired. He paid for some younger boys to watch the horses instead, he paid for the Rabbi to stay at the inn and he gave him a hot meal.

This is the greatest level, for a person to be able to thank Hashem even when he’s hungry, even when he’s tired and even when he’s cold. Thanking Hashem in those situations will give the person newfound life and, more importantly, it is an extremely high level of avodat Hashem.