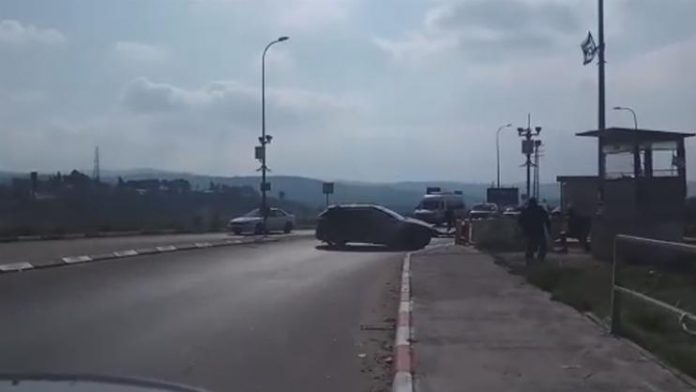 “We will do everything to speed up the demolition of these murderers’ homes, just like the murderer of Ori Ansbacher,” Netanyahu said, referring to the 19-year-old girl from Tekoa who was raped and stabbed to death in the woods outside of Jerusalem on Feb. 7.

The Arab assailants targeted the soldiers, seriously injuring an IDF officer and lightly injuring a border guard. Additional soldiers opened fire on the vehicle, killing two of the suspects and wounding the third.

The soldiers were standing on the side of the road after forces had performed security operations in the area.

“I gave an instruction to speed up the demolition of these homes within the parameters of the legal system,” said Netanyahu. “We are determined to continue our struggle against murderers and against such terror.”

“IDF soldiers acted swiftly and killed the terrorists who threatened to run them over,” said Netanyahu. “We send blessings for a speedy recovery to those injured.”

The home of Arafat Irfaiya was mapped out for destruction just three days after he slaughtered Ansbacher. He is currently in Israeli custody, awaiting trial. A public outcry has been bolstered by several Israeli public officials to utilize the death penalty against him.

Knesset Speaker Yuli Edelstein, referring to the incident’s occurrence in the tribal lands of Benjamin, tweeted, “Praying this morning together with the Israeli nation for the health of the IDF soldiers who were injured overnight in the Binyamin car-ramming. I salute the force that acted with courage and determination in order to overcome this despicable terror cell.”

Finance Minister Moshe Kahlon tweeted that “the IDF, the police and the Shin Bet will continue to stand guard in Judea and Samaria in defense of Israel’s citizens against murderers.”

Hamas praised the attack, saying “the Palestinian nation will continue in its fight against the occupier until it achieves its rights and frees its land.”