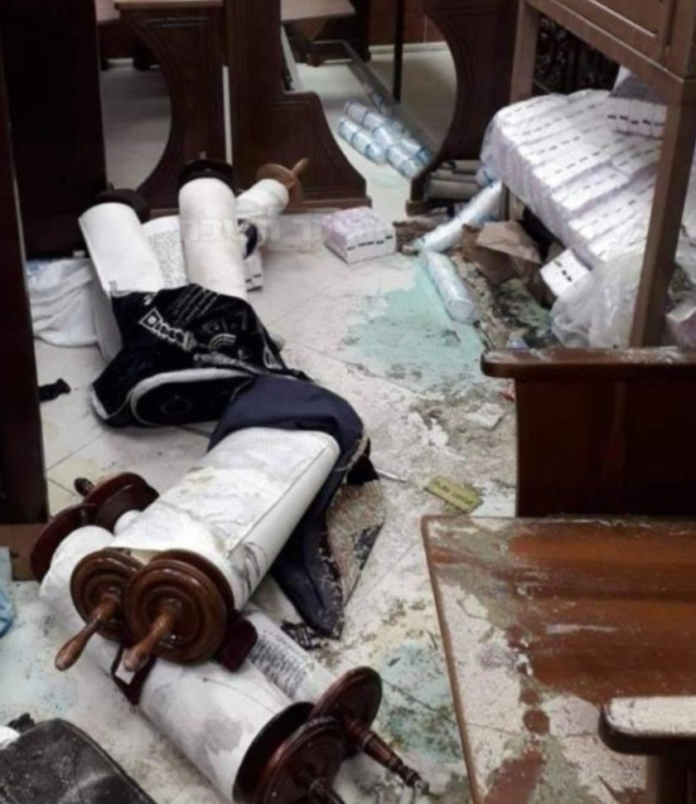 Prime Minister Benjamin Netanyahu declared a state of emergency in the mixed Arab and Jewish city of Lod that is the scene of widespread and violent rioting.

“This is Kristallnacht in Lod,” he says, in reference to the Nazi pogrom against German Jews in 1938.

“I have called on the prime minister to declare a state of emergency in Lod. To call in the IDF. To impose a curfew. To restore quiet… There is a failure of governance… This is a giant incident — an Intifada of Arab Israelis. All the work we have done here for years [on coexistence] has gone down the drain.”

“All of Israel should know, this is a complete loss of control… This is unthinkable. Synagogues are being burned. Hundreds of cars set alight. Hundreds of Arab thugs are roaming the streets… Civil war has erupted in Lod… The Orthodox-nationalist community here has guns. I’m imploring them to go back home but they understandably want to protect their homes. Petrol bombs are being thrown into [Jewish] homes. The situation is incendiary.”

Revivo says people are going out with guns because they fear for their lives.

He says Islamists are inciting the city’s youth. “We haven’t done anything to you,” he tells the city’s Arabs, begging them for calm.

Revivo says 70 years of coexistence could be destroyed by what is happening.