Turning to the failure to achieve a final status agreement with the Palestinian Authority, Netanyahu said the Palestinian Arab population was too internally divided, as well as hostile towards Israel.

“Why isn’t there peace with the Palestinians? I look at Abu Mazen (Mahmoud Abbas) and ask: ‘What about you?’ They aren’t ready to accept us. Half of the [Palestinian] people back Hamas and want to annihilate us, and the other half don’t want to fight with the first half, while itself suffering from internal conflicts.”

Trump To Meet With Vaping Industry As He Considers Flavors Ban 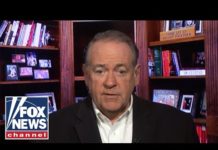