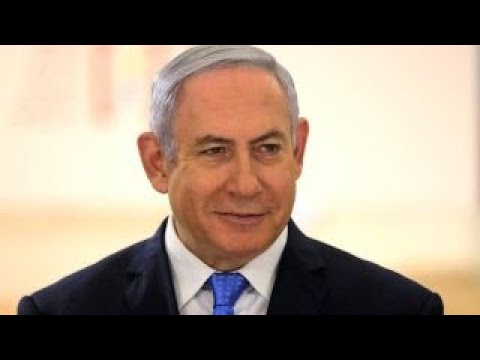 “I completely agree with the leaders of the Hamas terrorist organization who’ve said this over the past few days. Mahmoud al Zahar, a co-founder of Hamas, said that calling the actions of Palestinians on the Gaza border “peaceful” is a clear “deception.” His words; “This is not peaceful resistance,” he said. I agree.””Shooting guns and lobbying explosives at Israelis isn’t peaceful at all.

“Or take Hamas leader Yahya Sinwar. He said that the aim of the riots is to, quote, “tear down their border and tear out their hearts.” I agree that destroying Israel and killing innocent Israelis is his true goal,”

Netanyahu referred to a movie showing Palestinians at the security fence in Gaza, saying “Now if you don’t believe me, or if you don’t believe the leaders of Hamas, just take a look at this video. Palestinians break through Israel’s security fence—some of them waving meat-cleavers. “O Jews!” they shout. We’re coming to slaughter you!” This is what we are defending our families against, and you would do exactly the same.”